TM Liskeard is based around the vibrant hub of St Martins, a church that has always looked for innovative ways to reach into its community. It’s part of the second phase of Transforming Mission across Cornwall. Like its counterparts across the TM family, TM Liskeard is passionate about making the love of Jesus tangible in everyday life.

TM isn’t an addition but an enhancement of existing work

Transforming Mission isn’t something that has been bolted on to their ministry. Instead TM enhances the work they were already doing. From feeding the community with love and practicality with their fabulous Café Abundance, to taking over Morrisons’ carpark during lockdown for a drive-in Carol concert, the team at Liskeard are bold and not afraid to think outside of the church/box. 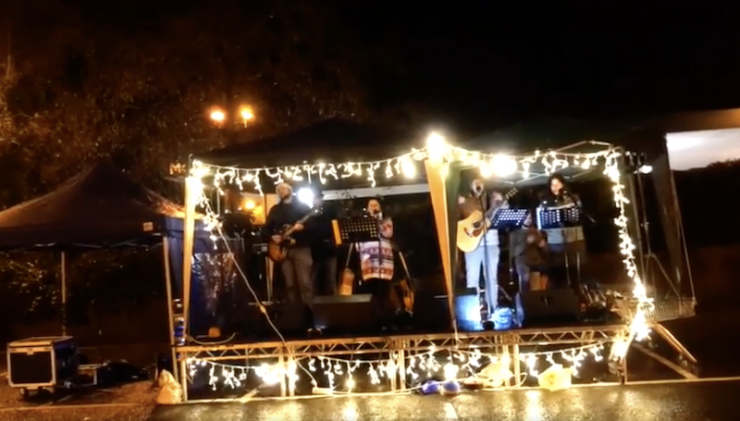 Reaching missing generations, especially those who have missed out during the pandemic

One of the initiatives the TM team are working on is a series of worship evenings for younger people called Bulb. It’s been very successful,. It’s not just in fulfilling the TM vision of reaching the missing generations but touching young people’s lives at a time when they’re really struggling. Post-pandemic, our young have lived through extraordinary times. They’ve had their lives disrupted, restricted and put on hold. The work the team’s doing is invaluable to help young people move forward and make sense of what has happened. 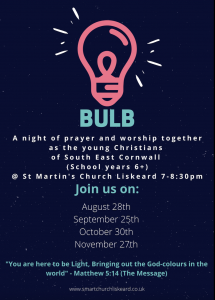 What is Phase Two of Transforming Mission?

Not surprisingly, Phase Two follows the first phase initially rolled out in Falmouth, a heavily student populated town much favoured by tourists. The success of this phase, which grew a new church, led to the commissioning of Phase Two in more diverse locations, like Camborne, Truro, St Austell and Liskeard.

Drawing in and reaching out

One of the key learning points that all TM locations are keen to implement is the aim to be resource churches. That will work differently across the centres, as each one is very different to the next, but TM is designed to benefit and revitalise beyond the urban hub. For TM Liskeard, this currently means strengthening the core, drawing people to them, to feed and sustain, then share and revive. It also means reaching into schools, running parenting courses and setting up a Christians Against Poverty Centre. It’s hard to understand that Jesus loves you when stressed out about debt, falling benefits, scarce employment and rising costs.

Transforming Mission is one of the most exciting things to have happened in Christian ministry in Cornwall. The strategically placed locations are like glowing hubs permeating and warming their surrounding areas. God willing, it won’t be too long before all of Cornwall catches this fire.

Make sure you don't miss out on any future project updates, prayer support emails or vacancies. You can pick and choose the emails you receive to make sure you get everything you want and nothing more.