The Diocese of Truro includes over 300 churches in more than 200 parishes across the whole of Cornwall (plus two in Devon) and the Isles of Scilly, an area of 1,370 square miles. 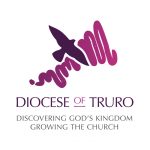 The 16th Bishop of Truro, whose vision is to guide the mission and ministry of Anglicans across the diocese, is the Rt Revd Philip Mounstephen. He was consecrated as a bishop at St Paul’s Cathedral by the Archbishop of Canterbury, the Rt Revd Justin Welby, on November 30, 2018.

Bishop Philip was welcomed formally to the Diocese of Truro, and took up his seat in Truro Cathedral, on January 12, 2019.

The diocese is one of 42 in the Church of England and although we are a ‘young’ diocese, formed on 15 December 1876 from the Archdeaconry of Cornwall in the Diocese of Exeter, the Christian faith has been alive here since at least the 4th century AD – more than 100 years before there was an Archbishop of Canterbury. And Cornwall had its own bishop at St Germans until the latter part of the 10th century.

Diocese of Truro @DioTruro
The Church of England has set a bold target of Net Zero by 2030. We are absolutely committed to playing our part he… twitter.com/i/web/status/1…
About 3 hours ago
ReplyRetweetFavourite