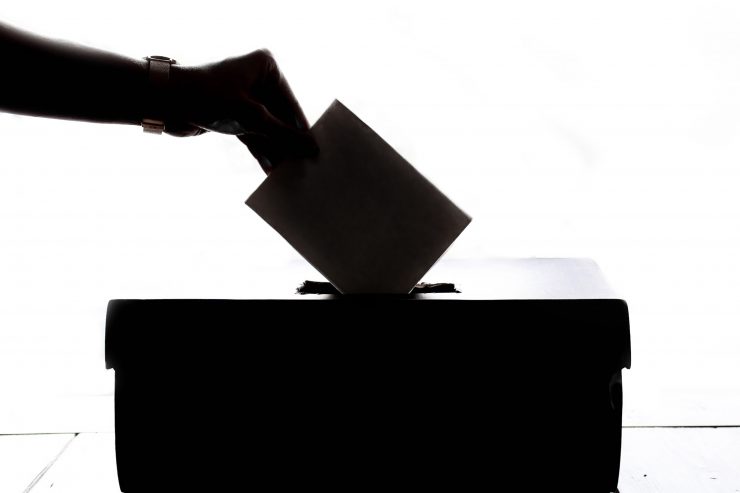 As we approach this General Election, we also herald the season of Advent, the birth of Jesus Christ and the reminder of his return as our judge. In Christ’s birth God chooses to come and live among us, intervening in our imperfect world, and offering the hope of life reordered and restored. At his return he promises the setting right of all things. It is time to set aside apathy and cynicism and to be people of hope.

We often forget that our political leaders face huge responsibilities and challenges, and these come with personal sacrifices too. In our prayers for this election we should be thankful for those who put themselves forward for public service and ask that they will seek the common good and justice. We should take part, as important decisions are being made that will affect us all. That includes fulfilling our democratic duty to vote.

‘Be careful to separate facts from opinion’

As followers of Jesus each of us is called to honour the gift of truth, both to speak it and to seek it. We all have a responsibility to speak accurately, to challenge falsehoods when we hear them, and to be careful to separate facts from opinion.

Offering facts and opinions should be done with humility and in love. People who hold different political views are not our enemies. Two people can look at the same facts and in good faith interpret them very differently. Issues need to be debated respectfully, and without resorting to personal abuse. We should engage responsibly, especially on social media. If we leave our echo-chambers and make a conscious effort to listen to people and ideas we disagree with it will help us understand where others are coming from in this election period, even though we may disagree vehemently. As Christians, in recognising God’s image in others who are not in our own image, we can start to build relationships that bridge political divides.

We will be praying for debates that seek to unite rather than divide, to bring us together and to rebuild trust in each other, in our institutions, and in our politics. As Jesus did, through his birth in poverty, his actions and words and his warning of judgement for those who seek only their own wellbeing, we must put the vulnerable and those on the edges of society first. Taking part in a democracy is a privilege and a responsibility, so let us be guided by a love for our neighbours, near and far, and seek that common good that truly benefits us all. That includes justice for the oppressed, protection for the persecuted, and a commitment to combat climate change and adapt to its effects. It also includes a just economic system, open and encouraging to aspiration and ambition, supportive of those who struggle.

‘Reject the language of prejudice’

We call on all standing for election to reject the language of prejudice and not to stoke stigma or hatred towards people on the grounds of their religion, culture, origin, identity or belief. Several groups, especially in Jewish and Muslim communities, feel threatened and are in much anxiety. No individual or community in our shared society should have reason to lack confidence in their belonging or security, so parties must make it an absolute priority to offer positive reassurance and avoid anything that increases the perception of fear.

Let us seek the wisdom and guidance of our Heavenly Father, the source of all wisdom, who inspires us as we wrestle to address the questions and challenges of our time and is both authority and judge over all human beings. May His wisdom and vision guide our debate, campaign and vote, for those who will be elected as our representatives.

In this season of Advent, as Christians, let us be filled with hope and call on Him, who is the ever-present guardian and final judge in our nation and in our politics.

In the Name of our Risen Lord, who was and is and is to come.

What brings you joy? Considering your vocation

Last night I dreamt I went to Manderley…