Faith and Mental Health in Cornwall 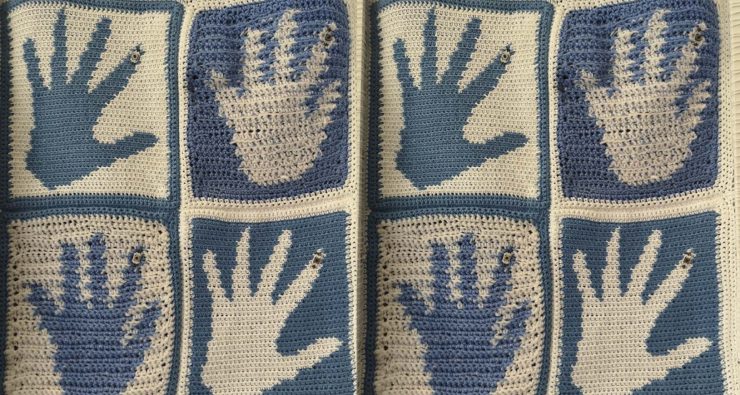 On Saturday, people gathered from across Cornwall to find out more about the relationship between faith and mental health. Mental health, or mental ill health, has been with us forever, stigmatised, feared and derided. Although we still have a very long way to go, thankfully it is something that people are beginning to talk about, share their vulnerabilities with one another and accept that mental health issues can affect most of us at any time of our lives. But how should the faith community respond?

What’s going on in Cornwall 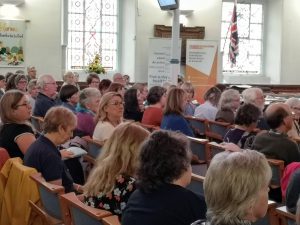 The talks began with Phil Confue, Chief Executive, Cornwall Partnership NHS Foundation Trust (CPFT) who provided an overview of Cornwall mental health services and interestingly started with his reasons for entering nursing. Phil was originally involved in nuclear power station design and development but switched to nursing because he wanted to do something that he believed in and would make a difference.

Revd Kathy Brooke, lead chaplain from the department of spiritual and pastoral care within CPFT, led people on Saturday to dig deep and ask themselves that question.

Revd Kathy spoke about Engelbert, choosing a name she thought no one in the room would have, but who represented someone that most of us know. Engelbert’s moods fluctuate. Sometimes he thinks quickly with no punctuation and can’t concentrate – oh squirrel! Sometimes he’s slow and sluggish and can’t be bothered to get out of bed. Sometimes he sees and hears things that other people don’t and sometimes he hates himself, feels worthless and because he’s such a terrible person he hurts himself.

Engelbert sees a psychiatrist who tells him something’s going on with his brain and gives him pills. He sends Engelbert to a psychologist who talks about his parents and what happened at school. Interesting, but Engelbert sees another psychologist who talks about his partner and a load of different things. He sees an addiction counsellor as he occasionally smokes cannabis, thinking it will calm him down, and the counsellor says his problems will go away once he quits. Engelbert’s housing officer says he needs to get out of his dingy flat and his social exclusion worker thinks he needs to get out more. So Engelbert goes to church where the vicar tells him to take his medication. He tries another and the vicar thinks his demons need exorcising. Finally, he took solace with a group of mental health patients who told him he was really a shaman on the way to spiritual enlightenment. What, Revd Kathy asked, did we think Engelbert needed?

There are no quick fixes

There was no answer, no big reveal. People shared their ideas, and then talked about what mental wellness means to them. The plan was to look at both sides, what Engelbert needed and what we thought being well meant and work out a solution. Of course, there is no one answer as mental health is particular to the person, their situation, what’s going on now as well as in the past, their emotional well-being and, sometimes, the unseen chemical balance within that needs treating just as much as broken bones. But one thing became very clear, to ask Engelbert and everyone like him, what he wanted and what he thought might help him.

And how does faith figure in mental health? 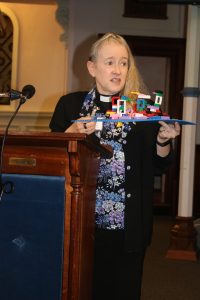 And where was faith in all of this? Throughout the day, people spoke movingly of their own experiences of mental health and how the fragile building blocks of their lives had been smashed. It became clear that what helped, whether of faith or not, was that from these devastating events, the possibility of renewal and rebuilding could be helped by churches and their people.

What helps, whether of faith or not, is that from devastating events, the possibility of renewal and rebuilding can be helped by churches and their people.

John spoke of how he is a gay man living with HIV and struggling to come to terms with a partner lost to him because of severe mental health issues. He shared how he had found his safe space within Truro Methodist Church, how he had been accepted for who he is and how that had helped him to cope when everything else seemed to be failing.

Clare* spoke of how she’d had a breakdown 14 years before but that it had been a turning point for that led her to change her world view and rebuild her life with more robust building blocks. She joined a church, did an Alpha course, became a street pastor and left her abusive husband. 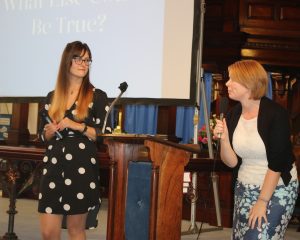 Two young speakers from Quiet Connections delivered very moving accounts of what it’s like to be young and struggling with anxiety, identity, pressure and what happens to you when you try to fulfil the demands of everyone around you without ever feeling worthy. They spoke of their desire to be invisible, their shame and what they went through to relieve the ones they loved of the burden they imagined they were. They offered insight into how we should all stop asking our young people ‘Why?’ and let them know instead how much they are loved and valued.

*Not her real name

Not a panacea for all the mental health issues in Cornwall 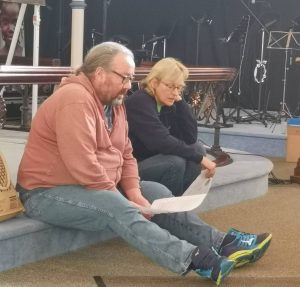 The Samaritans talking about listening

The day didn’t pretend to offer a panacea for all the mental health issues in Cornwall or a blueprint for how we all should respond, but it did do what it set out to do. Raise awareness and promote discussion around faith and mental health. For far too many, the struggle with mental health is profoundly hard. Mental ill health and periods of extreme stress have, and will, affect us all as we deal with life’s issues. Mental health services are often poorly resourced and the roads to them hard to navigate. Which makes how we welcome people in our churches and communities all the more crucial. As the team from the Samaritans explained, you rarely know the impact of what you say but that impact will be so much more positive if you take the time to really listen.

You rarely know the impact of what you say but that impact will be so much more positive if you take the time to really listen. 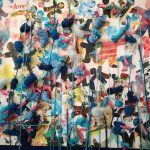 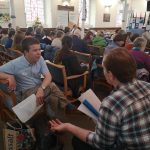 A day to stimulate debate and raise awareness 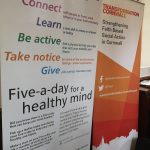 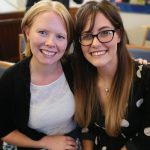 Where to get help

Below is a list of the speakers, presenters and hosts for the day. Click on the links to find out more.

Open the Book brings tranquility in a nursing home