Open the Book brings tranquility in a nursing home 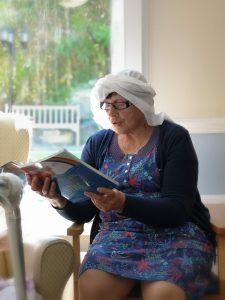 When I heard that an Open the Book team were visiting a nursing home for the elderly in Liskeard, I was intrigued and keen to go along to see for myself how it would work.

Open the Book describes the generosity of volunteers who usually visit primary schools to read and act out Bible stories for children. It’s a wonderful way to introduce young people to the Bible in a way that’s fun and interactive. This was the first time I’d heard that a team were going to a care home.

I went along with volunteer Lesley Boyden and Reader, Liz Piper to Pengover House, a nursing home on the edge of Liskeard. The setting was peaceful, the sun danced through the trees and the staff were very welcoming. Nevertheless, I felt a little apprehensive about what I might encounter.

A brief insight into living with dementia

I know of people who are living with dementia, but they are friends of friends and I hadn’t really been touched with what that might actually mean. I’d read Elizabeth is Missing, watched Finding Alice and arrogantly thought I’d got a measure of understanding. Walking into the care home, I very quickly realised I hadn’t.

As we’ve all probably seen characterised in film, there were some people who seemed lost in a world that shut everyone else out. Others were caught in a moment of time, stuck in a repetitive loop, and then there were those who were vocal about their confusion, unsure of where they were or why. Every incident was met by the staff with attentiveness and assurance. 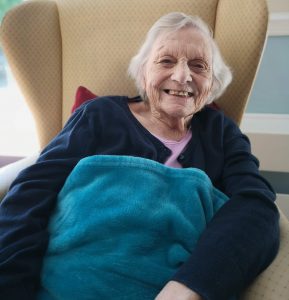 Led by Wendy, the activities coordinator, we congregated in a side room that looked onto the gardens where some women were waiting, while others were helped in to join us. Residents Audrey and Olive were thrilled to see Lesley and Liz; Audrey was particularly taken with Lesley’s dress and the orange of my cardigan. Shelia, beautifully dressed in lilac, had only recently arrived and was disorientated, asking when her mummy would be coming to take her home. Janette rubbed her eyes tearfully when her cold sippy-cup of tea was gently taken away and Dorothy sat under blanket, impassively smiling. I wasn’t really sure how this was going to go.

Open the Book and the atmosphere changes 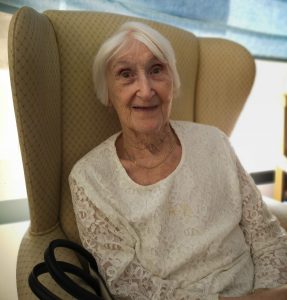 Lesley and Liz donned tea-towels on their heads, jokingly blaming Bishop Chris who recommended they wear hats for Open the Book! As Olive sharply remarked, ‘You’ve got to wear a hat to get a head!”

Then Lesley began to read the story of the Road to Emmaus. It was extraordinary. Calm descended, and everyone listened, rapt. It was about the two men talking and walking with a stranger who, when they broke bread together, they realised was Jesus. Liz used the story to lead into Communion which was shared with the group. 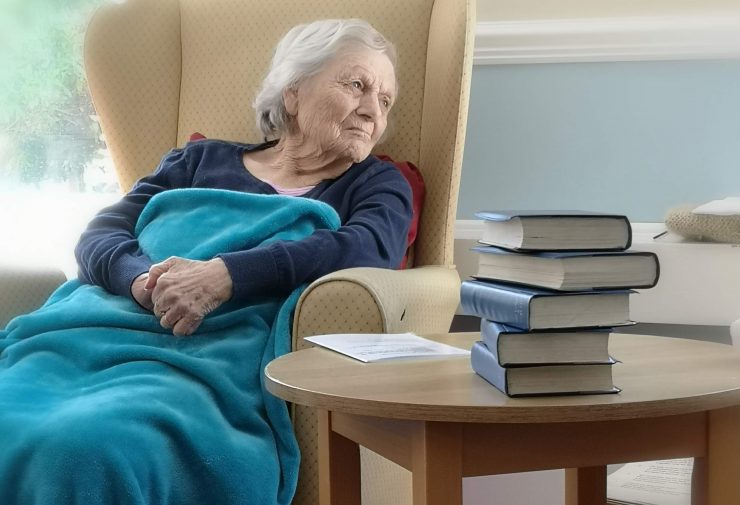 Audrey listening to Open the Book

We followed a shorter version of the Eucharist but with familiar words that the group had no trouble remembering. The responses were crystal clear and the prayers and action of sharing the bread and wine poignant and intimate.

The power of favourite old Hymns

Then we sang some Hymns, chosen by the group. As Olive reminded us, “If you can’t sing it, hum it!” There wasn’t too much humming. Dorothy, who hadn’t said anything since I arrived, started to quietly sing Abide with Me. The others joined in without hesitation. 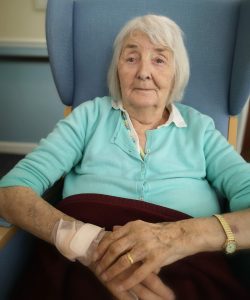 Chosen from a selection of old favourites, we went on to sing All Things Bright and Beautiful, Morning has Broken, Stand up for Jesus and Amazing Grace. In between, Olive told me how she was born in Wapping but had been confirmed by the Bishop of Guildford when she moved to Cranley. She also told me about the nylons she bought in Peckham Rye and how she was evacuated to Cornwall during the war. She lived with the head gardener, Mr Loder, at Pentillie Castle.

Something shifted in me during the visit. I understood why church is so important for older people, particularly those living with dementia. So often, present memories are forgotten which makes the condition so distressing for loved ones. But people with dementia can have acute memories of when they were much younger – which is why Olive spoke with such clarity about her early years, including how she rode on the back of Dicky King’s motorbike!

Church has been a big part of many older people’s lives, especially when they were younger. It formed a framework, shaping the weeks and providing a strong sense of community and belonging. Bringing church to the care home offered a tangible touchpoint to all those memories and feelings.

I felt extremely privileged to be included in the afternoon. It wasn’t from a sense of there but by the grace of God, but an appreciation of the value of all the women gathered there and the lives they’ve led. Church can be anywhere, and it was most definitely there, in a care home in Liskeard, on a Wednesday afternoon during Open the Book. 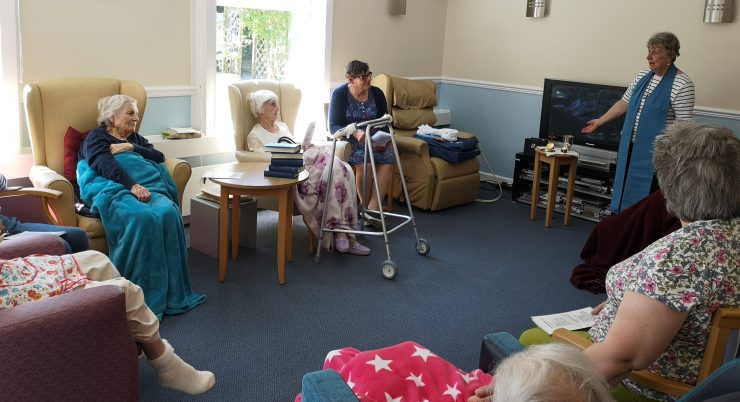 Remembering D Day and the role that Cornwall played

Faith and Mental Health in Cornwall