Remembering D Day and the role that Cornwall played 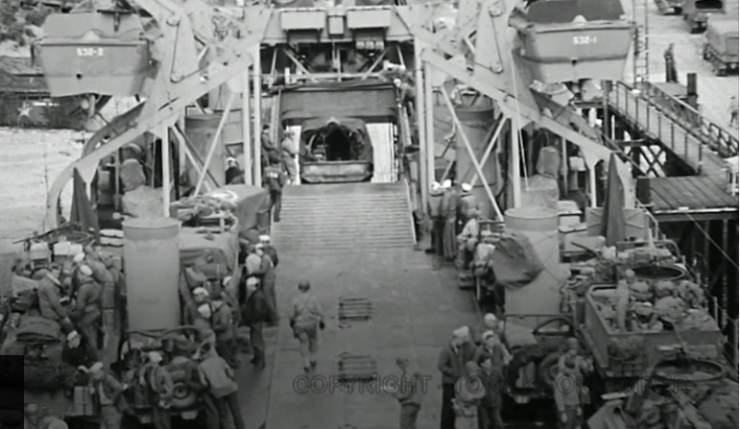 Image taken from BBC, clink to link to footage

Cornwall played a very significant role in D Day, the largest invasion by sea in history and the beginning of the end of World War ll. This year, for Remembrance, we are thinking about the contribution that our county made, of the brave men and women that sacrificed so much for us to lead the lives we do and the great sense of everyone working together to fulfil the hope of peace and unification.

From Bude to Penzance, Cornwall prepared for D Day

Up and down the Cornish coastline, from Bude to Penzance, troops from all over the world were hidden in tent encampments along the creeks, in the fields and in our villages, towns and city. In Truro there were large encampments of black and white American GIs and our city saw, perhaps for the first time, what it was like for a whole race to be marginalised. They brought with them the ‘colour bar’ which meant that black and white GIs could only go into Truro on separate nights.

Of the hundreds of thousands of troops up and down the south coast, 27,000 were hidden along the Fal. Crammed, camouflaged, practising and preparing for D Day. Special permits were issued restricting access to the water and dummy docks and airstrips were set up to confuse and draw fire away from the real sites. There was so much secrecy, subterfuge and planning in the formerly bucolic Cornwall, including a visit from General Eisenhower to Tolverne, a picturesque cottage on the edge of the Fal.

The stories behind the stories

Behind the infamous stories, it’s easy to forget that for every soldier, from wherever in the world they came from, there was a life threaded into the fabric of other lives. Each one a son, brother, uncle, friend or even parent. It’s hard to imagine the fear they felt as they left our beautiful shores and headed out on rough seas to Normandy, many of them just boys. Even harder to imagine what they encountered as they attempted to land.

So where was faith? Where was God? And what happened to unity?

The fact that D Day, or Operation Overlord, was so successful in that it relied on hundreds of thousands of cross-national troops working together over a sustained period, caught the enemy unawares and did mark the beginning of the end of the war, was a testament to faith, prayer and unity.

Famously, faith played an enormous role during another war event. On May 26th, 1940, when the British army were stranded and out manoeuvred in Dunkirk, facing untold horrors at the hands of the Nazis, an urgent call to specific prayer came from King George VI. Millions gathered across the nation, commonwealth and allied nationsin cathedrals and churches to pray. Churchill said that hopefully 20-30,000 troops might escape back to Britain. Instead, over 300,000 were saved as almost everyone who had a boat risked everything to make the journey across the channel and rescue the troops.

What does D Day mean today when everything seems so fractured?

But where does that leave us today when our country seems so fractured, the sacrifice of so many seemingly forgotten and unity a utopian dream? As Jo Swinney for the London Institute for Contemporary Christianity said, “… If our remembering is at best an intellectual exercise, the lessons of the past will be left behind. They will lose their power to change our course. Like the people of Israel forgetting God’s faithfulness and repeatedly turning to idol worship, each generation will plough into the same mistakes of their ancestors.”

And of the elephant on the page, Archbishop Justin Welby said recently, when commenting on his involvement of a Brexit citizen’s forum, “Jesus Christ is the source of reconciliation and healing for individuals and society…The need for national healing and eventually for a move towards reconciliation is essential, and will take much time, a deep commitment to the common good, and contributions from every source.”

It’s fitting perhaps that Cornwall payed such a key role in the multi-national effort that was D Day, because it embodied in a powerful sense our Cornish commitment to ‘One and all’ – Bishop Philip

Bishop Philip adds, “It’s fitting perhaps that Cornwall payed such a key role in the multi-national effort that was D Day, because it embodied in a powerful sense our Cornish commitment to ‘One and all’. At a time of national fracture that commitment and quality is really important and gives us a standard to live up to. In Jesus Christ we find a deep source of unity and hope that helps us to faces our challenges now, just as then – together.”

In Jesus Christ we find a deep source of unity and hope that helps us to faces our challenges now, just as then – together.

When we stand and remember D Day

When we stand in silence in November, and remember them, we will remember their hope in a better future for all of us. We will remember collectively and personally, whether of faith or no faith, remembering how fortunate we are that we have the choice to do so, however we choose to do it.

Diocese of Truro @DioTruro
Looking for something a little different this Sunday? Join in @TrelawnyBenefice's Lambing Service and meet newborn… twitter.com/i/web/status/1…
18 Jan
ReplyRetweetFavourite