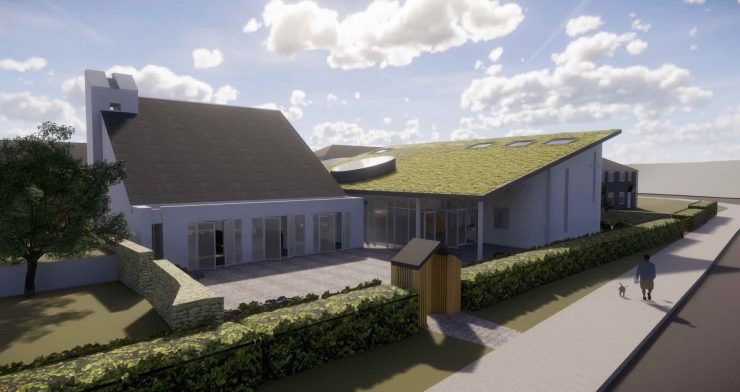 The proposed new community hub at All Saints Highertown

All Saints Highertown (ASH) is a very special place in Truro, but you might not know that driving past on the busy road on its doorstep. Unassuming and unremarkable, except perhaps for its 80s slightly brutalist architecture and proximity to a new housing estate, the lacklustre exterior belies the beating heart of a church on a mission to show exactly what love in action looks like in their community.

ASH has launched a project to rebuild the church, its buildings and its relevance to the community and called it 10/10.

What does that mean? 10 out of 10 for effort? Ambition? Innovation? All of that and more for 10/10 is rooted in John 10 v 10: “Jesus came so that they might have life, life in all its fullness,” a Bible verse that was shared when the project was barely a collection of thoughts and ideals.

“10/10 has almost become a manifesto pledge,” says Revd Jeremy Putman, vicar of ASH. “We want to create a building that when someone walks into it, they experience life at its best, the way it’s meant to be.”

The journey to realising the project began four years ago when they had the opportunity to apply for 106 Funding. This is when a developer pledges to invest in the community it’s building into, in this case the Penn An Dre estate. “We applied and were awarded £40k. A lot of money to do some much-needed patching up – but we just wondered if it could be the catalyst for something much more ambitious. So we went to our community and asked them.”

Listening boards, chalked on by the community

They didn’t just ask, they listened. And what they heard told the team that they were right to be ambitious. The community, like the building, wasn’t crying out to be patched up but re-generated. Penn An Dre means Head of the Town, what they didn’t have was a heart. The community there and in the surrounding areas longed for spaces where they could meet, take ownership of, and where they could feel included, valued and cared for.

The process took six months, lots of leaflets and even more prayer. “We were amazed by just how energised and engaged people were with the conversation, by what they wanted to see. And we quickly started to hear alongside that the level of need in our community,” says Jeremy.

It became clear that whatever building work was envisaged, the 10/10 project would, first and foremost, have to attend to these high levels of need.

“There are way too many for whom life is very, very hard. As we began to articulate what we’d heard, and put together some design plans, we started to express it in a way that was firstly for those struggling with life’s unpredictability and challenges – from putting food on the table and making ends meet, to coping with addiction, disability, dementia, isolation.”

A bias to the community

Within its existing building, ASH is known as a caring hub, sharing its spaces with over 30 organisations like AA, the Memory Café, Singing for the Brain, Foodbank. “Rather than these groups being add-ons to what goes in our church building, this process has enabled us to really put them first, giving us, we believe, a unique bias towards our community, rather than our existing congregation.”

A unique, forwarding thinking plan? Absolutely, for today perhaps, but John Wesley led the way back in 1739 when he set up the New Room in Bristol. It wasn’t just somewhere to worship, but a place to school the poor, distribute food and clothes to the needy, provide free medical care to the sick, and help those in the nearby prison. And it was right in the middle of the city where the need was greatest. The team at Thy Kingdom Come have recently highlighted the New Room for their campaign.

Like the team at ASH, Wesley knew that he had to put his faith in action and meet the physical and emotional needs of his community before attempting to meet their spiritual ones. “I admit, I wasn’t sure how I felt when the priority of needs emerged and spiritual need didn’t even make it into the top five!” says Jeremy when the results of all the listening were collated.

Fresh thinking for the 10/10 Project

Having energised the community, articulating their needs within the scope of an existing structure was going to require fresh thinking. A local architect was commissioned together with two teams of students. “Young people just get the project straight away,  how high value and worthwhile it is.”

One team, from Falmouth, worked on the design. “They came to the church, met the congregation, and presented 40 incredible designs that really informed the end result.” The other came from Exeter University Business School and worked on business planning and costings.

“To have young people’s input, dynamism and enthusiasm was just brilliant.”

It’s a wonderful idea to have a building that meets the needs of the community, in terms of space, facilities and access to help. But how could such a project be sustained, even if the funding elephant in the room could be addressed? In recent years, the church family changed their approach to financial giving, or tithing. Instead of teaming up with an overseas missional partner, they looked to like-minded local organisations and asked how they could financially bless them. One way was to invite them to use the building at a subsidised or free of charge rate, and that was their way of giving back to the community.

“We ‘spend’ around £40- £50k that we give back to the community in subsidised or volunteer work. It means we’ve been able to reach out and engage with a wider group of partners who are excited about what we do and what we’ll be able to offer in the future. They’ve become partners, not users, and will play a part in the sustainability of the centre,” says project manager Paul Bearham.

From teaching to project managing, fundraising and smiling

Paul gave up his long-term teaching job to take on the role of Project Manager. He’s always worked on environmentally sustainable projects, on a voluntary basis, but seized the chance to work on this project. “It’s so inspiring. From its ambition in the community to its ambitions environmentally. And, unlike teaching, I get to spend all day around people who are smiling!”

Two and a half years into the project and they have planning permission – granted on 10/10, naturally – and a clear vision of what the needs are. “We’ve identified that we are good at dealing with people in crisis, but we want to be able to help people to move on with their lives, to the next level. The new building will allow us to do that,” says Jeremy.

A frightening adventure – but God’s got it in hand

Which just leaves the question of funding for 10/10. And at £1.92million, that’s a big question. “It’s a frightening adventure!” laughs Jeremy. “But God’s got it in hand – we’re holding on to the promise of 10/10.” A promise that will be carried on into the name of the new building: Truro Lifehouse.

Fundraising is underway. ASH is not a wealthy church, but they’re rich on giving. Many of the congregation volunteer for the groups that use the church and they have an active core committed to organising fundraising initiatives like a Good Giving catalogue, events and activities.

“God’s timing is perfect,” insists Jeremy. “Which can be a bit scary as it doesn’t always fit with ours, but everything about the project feels so compelling and so driven by God that we can only follow what He has already begun.”

To find out more about 10/10 and track its progress, click here. 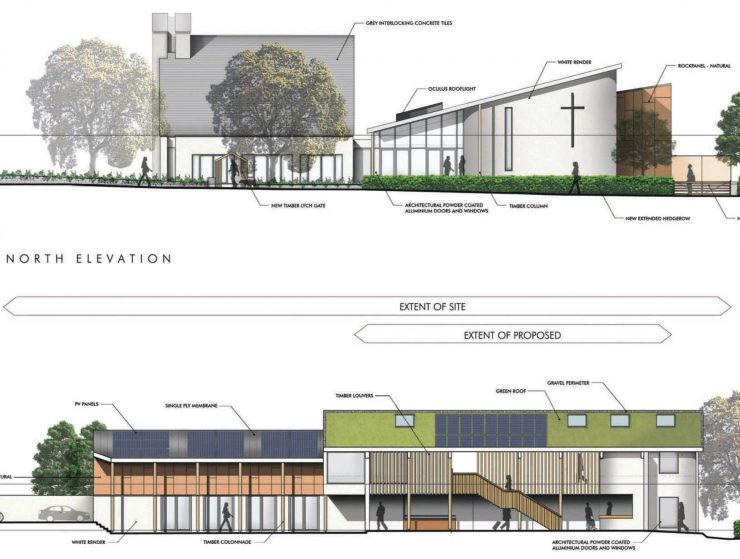 Limited reopening of churches: first phase can begin within Diocese of Truro