Archdeacon of Cornwall welcomed to the diocese 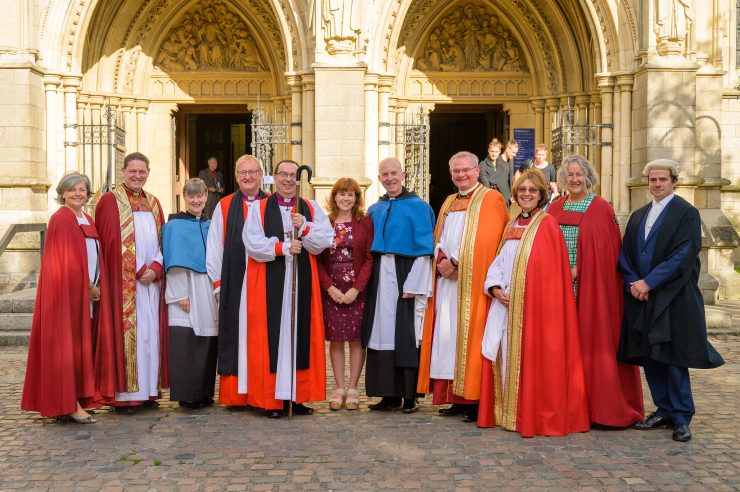 The Venerable Paul Bryer has been installed as the new Archdeacon of Cornwall during a service at Truro Cathedral. 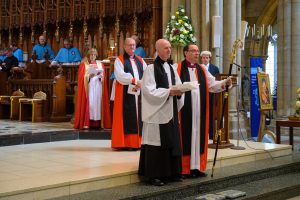 Paul was previously Archdeacon of Dorking. After serving a curacy at St Stephen’s Tonbridge in the Diocese of Rochester, Paul moved to the Diocese of Guildford in 1994 to become vicar at St Mary’s Camberley. In 2001 Paul took up the post of Vicar of St Paul’s Dorking, also in Guildford diocese, where he also went on to serve as Rural Dean of Dorking. Since 2015 Paul has represented the diocese on General Synod.

As a former teacher and head of religious studies, Paul has had a lifelong passion for education. Over the past 20 years or so this has particularly been focussed on fostering the aims and ethos of church schools. He has served as a diocesan schools’ inspector and as a director of Guildford diocese’s Good Shepherd Academy Trust.

Throughout his ministry Paul has explored new ways of being church – particularly relating to discipleship, small groups and fresh expressions. As archdeacon he has helped steer the Diocese of Guildford in a strategic and missional direction, focussing on resourcing and releasing parishes and deaneries for mission and ministry and encouraging initiatives for the health and wellbeing of clergy.

Paul and his wife, Fiona, have three children in their twenties, Daniel, Naomi and Jonathan, as well as a springer spaniel called Badger. Paul enjoys a range of sporting activities including squash, badminton, mountain biking, ‘prayer running’, rambling and sea kayaking.  Long distance walks and pilgrimage have often featured in Paul’s life, and he is now looking forward to becoming better acquainted with the Cornish Celtic Way!

Paul said: “Fiona and I have had a love for Cornwall, the church and its people, that has been quietly nurtured over many years. Consequently, I am delighted to be offered the opportunity to serve as Archdeacon of Cornwall and join Bishop Philip at what promises to be a new and exciting chapter in the life of the diocese.” 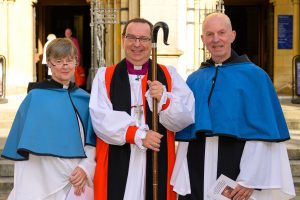 Paul fills the vacancy created when the former Archdeacon of Cornwall, Bill Stuart-White, left the post to become the Priest-in-Charge at All Saints Falmouth and head up the work of Transforming Mission across Falmouth and Carnmarth South Deanery.

How can we release people to live in the confidence of knowing God’s love?

How will your prospective MPs commit to helping the environment?

Diocese of Truro @DioTruro
It has been a long and hard year. Don't be afraid to say you are 'not ok'. twitter.com/TheRaDR/status…
16:32, Wed
ReplyRetweetFavourite