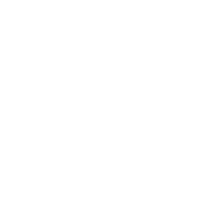 Among those being made Priest at the 2017 Petertide Ordinations will be Amanda Evans.

Amanda has been mainly based in Mabe parish but has worked across the whole of the Carnmarth South deanery.

Reflecting on her first year, Amanda said: “It has been a real privilege and joy to serve both the congregations and villages of Mabe, Ponsanooth and in and around Falmouth during my Deacon’s year.  Because of the nature of my Deanery curacy I have been blessed to  lead and take part in worship in both a rural setting at the two beautiful churches in Mabe Parish and also in a town context with a strong choral tradition at King Charles the Martyr Church in Falmouth, where I was also based for six weeks.”

She added: “One of the very interesting aspects of my curacy has been to explore what a Deanery curacy might look like and it has at times been a challenge to shape this! But I am also very excited by this next year when I hope to spend time with the parishes and communities of Mylor and Flushing.”

However, firstly there is the Petertide Ordination. “I am looking forward very much to my priesting, to serving God in new and interesting ways in the Deanery and to enjoying the summer in Falmouth with my family and dogs!”

Although not from the county originally, the couple spent a number of years living in St Teath before their Oxford move and Amanda’s sending church was in Camelford.

“We originally moved to Cornwall about 14 years ago. After my husband John took redundancy from his job in Norfolk we felt drawn to return to the westcountry where we both grew up. I had been a primary school teacher and mum of two young children but on moving, I found myself with some spare time to pause and listen to God – I used to walk the cliffs around Tintagel. It was while musing on one of these walks on a beautiful sunny day among the gorse that I was asking God what I should do next and just heard this voice saying ‘just go and do it’.”

Amanda says that’s when she first seriously thought about ordination. Fortunately, her family were supportive. “I told my husband I thought I wanted to be a vicar while sat on a rock on my favourite beach. He just said ‘of course’. He has been incredibly supportive. My daughters have also been really good but also very real about my sense of calling – I think they are proud of me.”

Amanda says: “I think I’ve had a sense of calling since I was about nine or ten but it was nothing I could put into words. It wasn’t even on my radar because when I was growing up women couldn’t be ordained. It took that moment out walking on the cliffs to realise it. Going to my vicar and saying I wanted to be ordained was hard but he just said ‘About time! Go on then’.”

Since that initial moment Amanda’s sense of vocation was inspired and re-invited by time spent in Uganda with a programme called ‘Food for Thought’ which teaches Ugandan school children to grow crops sustainably on small plots of land with very little financial help, empowering them to stay on at school.  “I realised very quickly that we are indeed all brothers and sisters in Christ, wherever we may live and whoever we may be.”  That sense of anything being possible was to see Amanda through some challenging and life-giving times at college.

“It was difficult juggling studying and placements and still finding time for family time but I’m really grateful for what I’ve learned.”

Amanda’s advice to others thinking of ordination: “Go for it! It is not always an easy journey, there are big highs and lows on the way but it is a definite privilege to be called to serve and walk with others through their lives.”

Diocese of Truro @DioTruro
Creation Care Wednesday shorts: A series of webinars for the Season of Creation, linking environment with theology… twitter.com/i/web/status/1…
About 5 hours ago
ReplyRetweetFavourite