Our children are unhappy – what can we do about it? 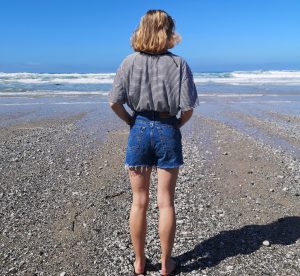 Our children are unhappy. They are fearful of failure, struggle to make friends and are pressured by school, according to The Children’s Society Good Childhood report released at the end of the summer. And the data was collected was pre-Covid19.

The Children’s Society have been checking in with our young people over the past decade and have sadly discovered that their happiness has been in decline throughout that time. It doesn’t take much imagination to guess how much lower that decline must have dropped over the past six months –  young people feeling disempowered, choices taken away, rites of passage abandoned, exam results thrown into chaos by ill-conceived algorithms and bickering politicians, and an uncertain future destabilised by the economic crisis.

As Mark Russell, chief executive of The Children’s Society says, “Even before the pandemic, which we know has taken a huge toll on our children’s wellbeing, many felt their life didn’t have a sense of purpose. We believe it is not only a fear of failure – which in previous research we found was higher amongst those living in poverty – but also rising child poverty levels that could partly be to blame.”

Even before the pandemic, which we know has taken a huge toll on our children’s wellbeing, many felt their life didn’t have a sense of purpose.

The impact of rising child poverty

A situation that is set to get worse as the economic toll of the lockdowns bites harder. Recent analysis by the Food Foundation think tank, released as part of footballer Marcus Rashford’s campaign to end child food poverty, estimates that almost one million more children have sought free school meals, on top of the 1.4 million already claiming, pre-pandemic. The survey of more than 1,000 children found that 18% had reported experiencing at least one indicator of food insecurity, including being hungry but not eating because of lack of food, parents not eating because of lack of food, or eating at a friend’s house because of lack of food at home.

At the time of writing, Marcus Rashford is in the press trying to get the whole of the UK to make free school meals available during school holidays. With half term ahead, and the situation in the north of England increasingly perilous for families, let’s pray he’s successful.

The most unhappy children in Europe

The Children’s Society Report yielded the disheartening finding that our young people had the lowest happiness measurements of any other European country. More than a third of UK 15-year-olds scored low on life satisfaction and didn’t fare too well on happiness measurements including satisfaction with schools, friends and sense of purpose compared to children in other European countries.

What can we do about it?

“We need to start by listening to children and young people when they tell us about these issues… There’s a perception that we should always be doing well. Young people may feel as if they should always be winning, always coming top of the class…” Archbishop Just Welby

The Archbishop says we should try being honest about our human experiences and set more realistic expectations for our children’s lives. “Let’s acknowledge how we feel when things don’t go our way: those moments we’ve all had when we feel lost or hopeless or alone.” And we’ve all had many of those over the past year.

Kick-starting a decade of renewal for young people

The Children’s Society report gives us helpful insight into how our young people are feeling and urges all of us to appeal to our MPs to hit the restart button and introduce a national measure of children’s wellbeing. How much lower do our children and young people have to go before we do something? As the report says, we need to kick-start a decade of renewal for young people. 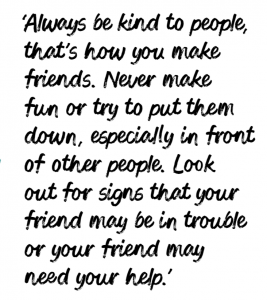 They  have produced a friendship guide for young people, highlighting how they feel about themselves, some of the issues they face and how they would advise each other. Whether you have young people in your life or not, much of the advice applies to all relationships. “Don’t be fake. Be honest. Don’t lie. Always help each other. Always make an effort.” And an observation we all should heed, “Listening to each other is the key. Spend more time together. Talk to each other.”

If you’re reading this and think, yes, but what can I do? A good start would be to attend the free webinar The Children’s Society are hosting as a follow-up to their report. It will be on October 22nd, from 11-12am and is free to all. The webinar would be especially good for church youth workers, school chaplains, educational professionals, clergy and anyone interested in the mental health and well-being of children and young people. Tickets are free but registration is essential. To find out more, click here or on the poster below.

Churches might be more used to tending an ageing flock rather than lambs, but we can all be better informed

Many churches are working hard to reach young people, including those at our colleges and university, but it has to be acknowledged that many more churches in Cornwall are more used to tending to our aging flock than our lambs. But we can all be better informed. It’s vital that young people know they are loved and valued, ensure that they are able to talk to someone, be it a friend, relative or a professional. They need to know that it’s OK not to feel OK, and to ask for help. As the Archbishop says, we’ve all got to step up and be there for each other and as the young people themselves say, ‘Listening to each other is the key.”

Young people, pressure and how a college chaplain can make a difference

A Christingle means so much more than a fire hazard

Diocese of Truro @DioTruro
Give a gift of hope to someone in Cornwall this Christmas by giving a gift of love to friends & family with the Cor… twitter.com/i/web/status/1…
09:42, Thu
ReplyRetweetFavourite