Taking the long route to ordination via prison chaplaincy 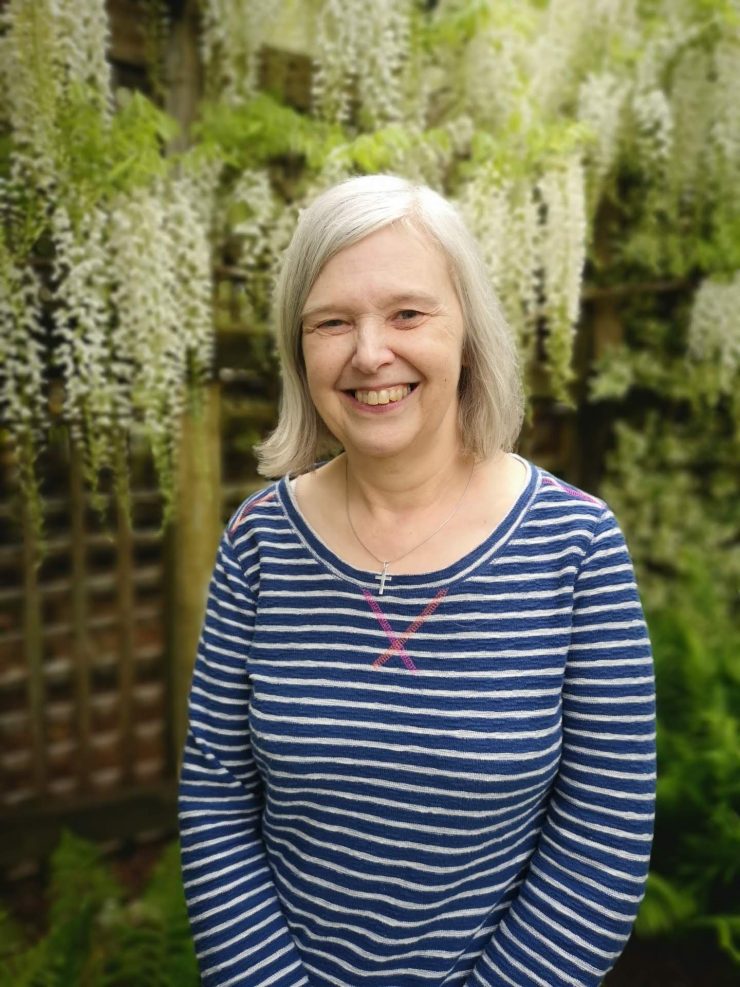 Janette Mullett, House Director of Epiphany House, felt the pull of calling on her life fifteen years ago. She tried various ways and means to unpack what it meant, and how best to answer it, including prison chaplaincy, but never considered ordination.

“I was a music teacher living in Cambridge and thought that training to be a spiritual director would satisfy that calling, and for a while it did.” She upped the ante and worked with a street pastoring organisation, but still the call rumbled. So Janette began to work with the prison chaplaincy team and the call became a whisper.

The immediacy of prison chaplaincy, “Does this praying thing work?”

“There was a tremendous sense of immediacy about this work. Prisoners would usually come to the service because it meant time out of their cells, and if they took up our offer of a one-to-one afterwards that was even more time away. But time was short and the luxury of niceties of building up to key questions non-existent. It would be, ‘so does this praying thing work?'”

Janette relished the role. “Although time for interaction was short, the time for reflection was long. It was amazing to be alongside these men and witness their transformation as they re-engaged or found faith for the first time.”

Janette was happy and not looking to rock any boats. God had other ideas. “By accident I saw the job ad for a warden at Epiphany House and thought, “No, I couldn’t possibly.” But then I thought, “It’s in Cornwall…” Then I saw the application closed in 3 days and I hadn’t written a CV in over 20 years and was back to, “I couldn’t possibly.’”

But that voice was rising again and Janette, encouraged by her grown-up children, rationalised she had nothing to lose by applying. That was over five years ago.

Epiphany House as a liminal space

Janette describes Epiphany House as a liminal space, that is a place where the edges of the church and the outside world meet and sometimes cross over. Run as a conference and retreat centre, Janette has to gently hold both. In so doing, she began to recognise the value of a chaplaincy role within the house.

There have been times when people attending for business have commented that the place feels different and a door has opened. “It’s knowing when to speak and when to just let God do the work. On occasion, I’ve shown people the chapel and they’ve been completely overwhelmed, without knowing why. Others have been so curious they’ve come back to Epiphany House as guests on a retreat. And for others, there have been situations when it would have been really helpful to have clergy around.”

It’s knowing when to speak and when to just let God do the work.

Janette recalls a time when a guest opened up to her about a tremendously difficult situation and it needed a priest to bring closure. “But that meant she had to share everything all over again, which wasn’t easy.” As a chaplain, Janette can go so far but felt an ordained minister would bring a richness and sanctity that she didn’t feel qualified to offer.

If this was of God, then neon lighting was required

And so that sound of the calling grew once again. In conversation with her vicar, Revd Jeremy Putman, at Highertown, he randomly asked how long she’d been considering ordination! So, she took action, went on retreat and prayed that if this really was of God, then she’d need to know in neon sign-writing! “It seems it was. Every book I’d taken away that week screamed out to me the value of ordination and when I came back to Epiphany House, the first person I saw was Jane Vaughan-Wilson, the Diocesan Director of Ordinands. I asked for a brief chat and she immediately asked me if it was about ordination!”

Having heard Janette’s story it seems obvious why she would choose to undertake ordination on top of what already is a very big job at Epiphany House, but how will it work? “A lot of the pastoral work will be undertaken here, but, and I didn’t realise I could this, I love preaching! And preaching at Highertown is such a joy. The congregation are so engaged and so motivated to reach out and help their community, it is a blessing for me to be there.” It also helps that Janette is a great musician and can help out with the music.

The magic of marriage through the eyes of children