Education is more than tests & results 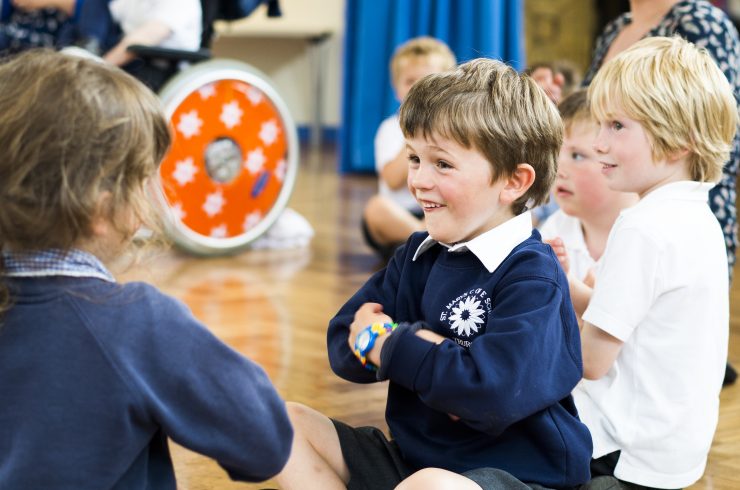 Education is not just about tests and results: we also need our children to flourish in character and spirit.

Former Diocesan Director for Schools, Jo Osborne takes a look at how schools can juggle the pressures of achieving national standards and testing with giving our children a well-rounded education to help them to flourish as people.

Very few people in education could publicly voice support for the Let Our Kids be Kids campaign, not least as it called for parents to boycott the Key Stage 2 SATs exams. Not only would that have resulted in a pitched battle between schools and the Department for Education, it would also have jeopardised everybody’s results, for which children and teachers alike had worked so very hard.

But most of us were not exactly unsympathetic.

Because the fact is that the relentless drive for ever-improving results in English and maths, and the rapid and poorly thought-out introduction of new assessment systems and tests, are narrowing the primary curriculum in many schools.

Intensive teaching in ability groups, each led by an adult, can inhibit resilience, creativity, collaboration and character development among our children.

Literacy, spelling, punctuation, grammar, and maths are, of course, critical components of the education system. But they cannot be focused on to the exclusion of history, for example, or art, language, drama, music, sport – to name just a few. They are subjects we all need to explore as children. For all of us those subjects are part of a rounded education – and for many pupils they could be key to their future happiness and development.

The primary curriculum should be about more than just producing increasingly efficient “economic units”.

The Church of England has been involved in education for centuries, since before the concept of state education had even been invented, when it helped provide education for those children whose families couldn’t afford to send them to private schools.

And I believe that the church’s vision today is as relevant and important as it has ever been, because it is about more than turning out those “economic units”.

The Church’s vision for Education is of course Christian in its inspiration – with the promise by Jesus of “life in all its fullness” at its heart. But its guiding principles are ones that will benefit everybody, Christian or otherwise. Its aim is to inspire both church and non-church schools – to help enable everybody to flourish.

So yes, we’d like every child to fulfil their potential when it comes to exams. But we also believe it is crucial to embrace their spiritual, physical, intellectual, emotional, moral and social development.

All of us in education accept testing, but we want to make it something that’s constructive and generally allows children to be challenged and to do their best.

And it cannot be at the expense of development in all those other subjects and characteristics, because they are essential if children are to flourish as well-rounded, happy individuals who are able to fulfil their potential.