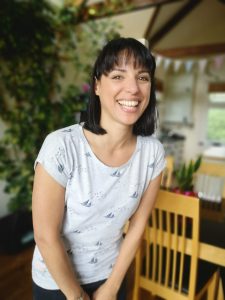 Bringing Freedom is small but courageous charity working to find practical ways to tackle human trafficking and modern slavery. Founder Naomi Bruce is walking the 125 miles of the Cornish Celtic Way in just one week to raise funds and awareness of all those caught up in this hidden industry.

Human trafficking and modern slavery are activities more suited to the Scandi-noir TV genre than the pastoral scenes of the beautiful Cornish landscape. Sadly, the reality is far from the fiction. Over 46 million people are caught captive within slavery worldwide and the crimes are on the rise in our part of the world.

Hearing about human-trafficking in Cornwall from across the world

For Naomi, based in Redruth, the conviction to raise awareness and do something about the problem was laid on her heart way back in 2010. It followed an earlier trip to Asia when she saw the easy availability of the sex industry but naively thought in some way it was a choice. “Then I was across the world, in Australia, listening to Christine Caine, founder of A21, a charity that works to abolish slavery. She was talking about Falmouth, how it was being used as a port for human trafficking and I was undone. Listening to everything that was said, I felt God lay on my heart his sorrow about the sex-working industry and the plight of all those caught up in human trafficking.” Naomi says she didn’t weep with her usual discretion, she howled.

Listening to everything that was said, I felt God lay on my heart his sorrow about the sex-working industry and the plight of all those caught up in human trafficking.

Naomi went back to Asia, with fresh eyes, and was broken hearted to witness two little girls, impeccably dressed in doll-like clothes, holding hands and being led away. “My primal instincts roared, and I ran towards them. But my friend intervened and pulled me away, fearing for my life.” Naomi says it was the hardest thing she has ever had to do, leaving the children to their fate. But, as painful as it is, she keeps the memory close as a constant spur to bring about change.

After multiple fundraising efforts for other charities, including raising £5k by walking 500 miles of the Camino de Santiago, Naomi felt prompted by God to start her own small charity. There was no shortage of conviction, but confidence was less abundant. “My self-esteem has always been low, I’m dyslexic, haven’t been to university and had absolutely no experience in public speaking!”

None of that bothered God. He kept nudging her forward, sometimes gently and other times with more of a push. “When I was trying to think what to call this charity, I was at a conference looking at a random banner at the front, when suddenly it was like a spotlight shone on two separate words and they jumped out at me together: “Bringing Freedom.” That became the name.

It was a similar story with the logo. A nudge against what Naomi initially thought she do, obedience, a time of worship, contemplation and a note pad produced the logo. “The image of two handcuffs released in a heart shape just came to me. It couldn’t be more perfect.” 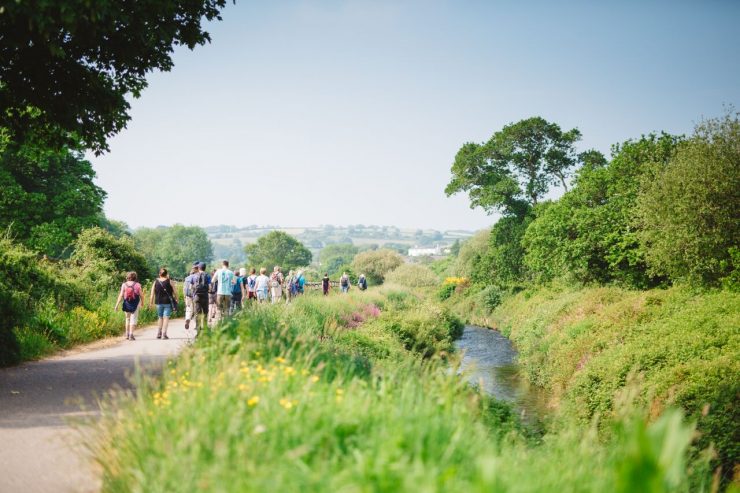 Walking the Cornish Celtic Way – in one week!

All of which has brought Naomi to the Cornish Celtic Way. A 125-mile-long pilgrimage through Cornwall, tracing the pathways of ancient saints. Most people break it down into manageable chunks, or perhaps walk it over two weeks. Naomi has set herself a challenge to walk the full route in just seven days. “The challenge is good! When I think of the pain suffered by all those caught up in human trafficking, it’s important to be reminded when things get tough why I’m doing this.”

“The challenge is good! When I think of the pain suffered by all those caught up in human trafficking, it’s important to be reminded when things get tough why I’m doing this.”

Naomi is hoping to raise money to start a half way house. Currently, those fortunate to be rescued from trafficking are placed in a safe house for around 45 days. But that really isn’t long enough. The stats for what happens after that time make grim reading. Many drop off the radar, feared murdered, others get re-captured and too few manage to find a way forward with their lives.

“Safe houses are a place of restriction and security. Obviously, it has to be that way to protect the victims, but it’s almost another form of captivity. A halfway house will help to ease the transition into, what could be for the first time, a so-called normal life. We hope to offer counselling, education and a safe environment that helps engender life-skills, confidence and better outcomes.” It would mean a constant place of refuge available for victims for as long as they need it, offering friendship and long-term support.

The idea has taken root and offers for help are rolling in. Currently, Naomi has been pledged support from a mental health consultant specifically trained in human trafficking, two teachers and many others willing to give their time to the project.

If you want to follow Naomi’s pilgrimage, she will be regularly updating her Facebook page, where you can also find details of how to support the project. Her adventure along the Cornish Celtic Way begins on July 13th in St Germans, finishing on July 19th at St Michael’s Mount. 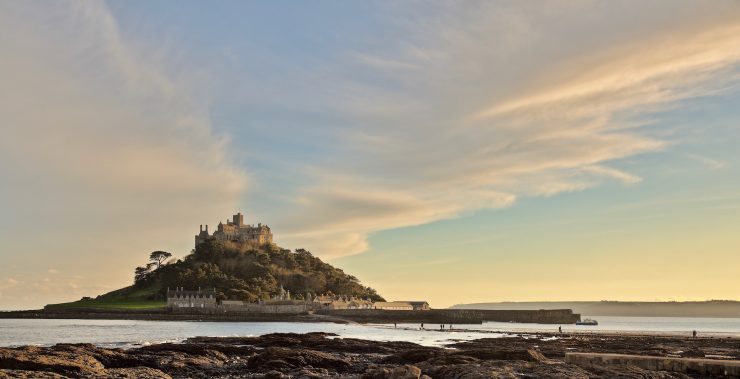 The Shelley-shaped holes she will leave behind after retirement