The Diocese of Truro will be welcoming two new Deacons and seven new Priests during its Petertide services this year.

Taking place at Truro Cathedral on Friday, June 30 at 6.30pm and Saturday, July 1 at 10.30am, the services will also see the Rt Revd Tim Thornton, leading what will be his last ordinations as Bishop of Truro.

On Friday evening, Rachel Monie and Ian Gulland will be ordained as Deacons. This will be followed on the Saturday morning with a service to ordain last year’s Deacons as Priests.

Being made a Deacon on June 30 will fulfill a decade long journey for Rachel Monie. Lea 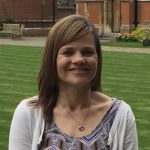 ving school, Rachel was determined never to set foot in a church again. She pursued a job in the NHS and had a family. Church was not part of her life again until 2006 when her mother suddenly passed away.

“It was in the midst of my grief for her that I felt God reach out to me through some very unexpected words of comfort and hope spoken to me by my then three-year-old daughter Victoria. My life changed in that moment.”

Rachel has just finished her studies at Cambridge and the whole family are now preparing for their arrival in Cornwall in time for ordination. Rachel will then take up a post in the Diocese of Truro.

Among those being ordained as Priest this year is Revd Arwen Folkes. Arwen was one of seven who were ordained as Deacons at last year’s Petertide service and since then has spent her first year as Assistant Curate in the Benefice of St Just in Roseland and St Mawes. 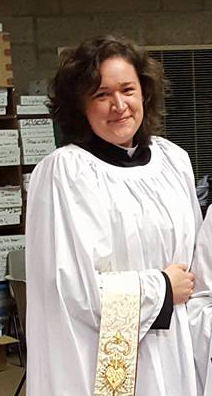 Reflecting on her first year, Arwen said: “It has been a year of many firsts, many stories, and many opportunities. I have learnt so much about my community, myself, and God.

“I have really loved being a Deacon, there is something so special about this ministry; it has been a time set apart for reaching out, having conversations, and listening carefully. I have found that I am now both a hearer and teller of stories. I have also found that every single person I meet is extraordinary and fascinating. It has been a year of real privilege and I am humbled by the trust people place in the office I now carry.”

Arwen, who is well known in Cornwall as the founder of the Real Baby Milk initiative, had spent three years studying in Cambridge before she and her family returned to Cornwall for her ordination.

Another of those looking forward to being ordained as a Priest is Revd Amanda Evans who has spent her year as Assistant Curate based in Mabe and Ponsanooth. Reflecting on the last 12 months, Amanda said: “It has been a real privilege and joy to serve both the congregations and villages of Mabe and Ponsanooth and wider afield within the Deanery in and around Falmouth. Because of the nature of my Deanery curacy I have been blessed to lead and take part in worship in both a rural setting at the two beautiful churches in Mabe Parish and also in a town context with a strong choral tradition at King Charles the Martyr Church in Falmouth, where I was also based for six weeks.

“One of the very interesting aspects of my curacy has been to explore what a Deanery curacy might look like and it has at times been a challenge to shape this! But I am also very excited by this next year when I hope to spend time with the parishes and communities of Mylor and Flushing. In the meanwhile, I am looking forward very much to my priesting, to serving God in new and interesting ways in the Deanery and to enjoying the summer in Falmouth with my family and dogs!”

The services are open to the public and all are welcome to come and support those being ordained as they make their vows.

Full list of those being ordained Priest on July 1, 10.30am:

Investing in the Future

Parish Nurse? What a fantastic idea!