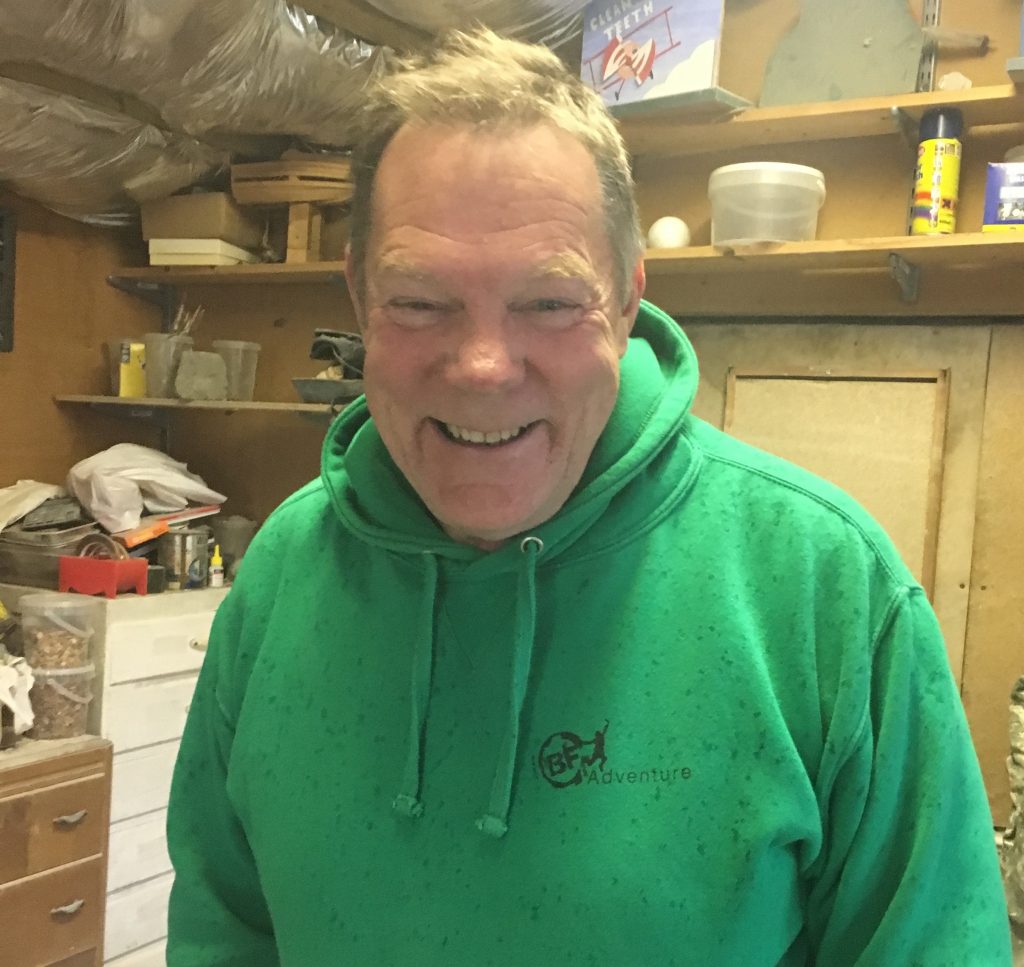 Patrick Mcwilliam is an extraordinary man who, as his wife Lizzie says, “leaks God’s love.” An ex-Commando, sculptor and trained psychotherapist, Patrick has been commissioned by St Pol de Leon Church, in Paul near Mousehole, to create a sculpture to commemorate the end of the First World War.

A perfect fit, except Patrick doesn’t intend to do very much of the work himself. Instead he is in the process of gathering a group of people affected by conflict at war – ex-soldiers or family members – and will be working alongside them over the course of the next nine months.

Based around the three themes of peace, reconciliation and sacrifice, the sculpture will build on St Pol de Leon’s heritage of honouring those who have served and given their lives for others.

Thanks to grants from the War Memorials Trust and the Heritage Lottery Fund  the church is in the process of restoring  the magnificent East Window, a First World War memorial. It is also home to the Solomon Browne memorial that commemorates the crew of the Penlee Lifeboat who in December 1981 sacrificed their lives attempting a sea rescue in a terrible storm.

“I don’t know what the sculpture will look like, what it will be made of or how many pieces it will be,” says Patrick. But he does know it will be positioned in the garden, created with love and will rise out of healing. Hopefully, through a series of residential sessions that Patrick is currently seeking funding for, a small team of people will work on the entire project from design through creation to installation.

Kate Picknett, business manager for the Penlee Cluster, is thrilled. “We wanted a sculpture that honours our hopes to commemorate the end of World War One and fulfils the funding criteria, but, working with Patrick, it has become so much more. The project reaches out into the community, not just locally but up and down the country. The ripple effects have the potential to keep going, affecting the people who work on the project, their families and the visitors who will come to St Pol de Leon because of it.”

Working out of his farmhouse in Trereife, Patrick will turn over part of the garden to a tarpaulin covered work-shed, positioned around a fire-pit that will provide warmth, somewhere to cook together and a focal point for thoughts, recollections and healing.

“Many who suffer from Post-Traumatic Stress after being engaged in conflict – whether that’s actually in armed combat or as a family member of someone who may or may not have come home – feel they have lost their purpose. In the heightened situation of combat, everyone has a role, a really important one, and they feel valued, affirmed and purposeful,” says Patrick.

“Some return with acute physical injuries that can be ‘fixed’ to an extent, but many also return with, or take on, hidden injuries buried deep inside that are hard to treat and even harder to live with.” 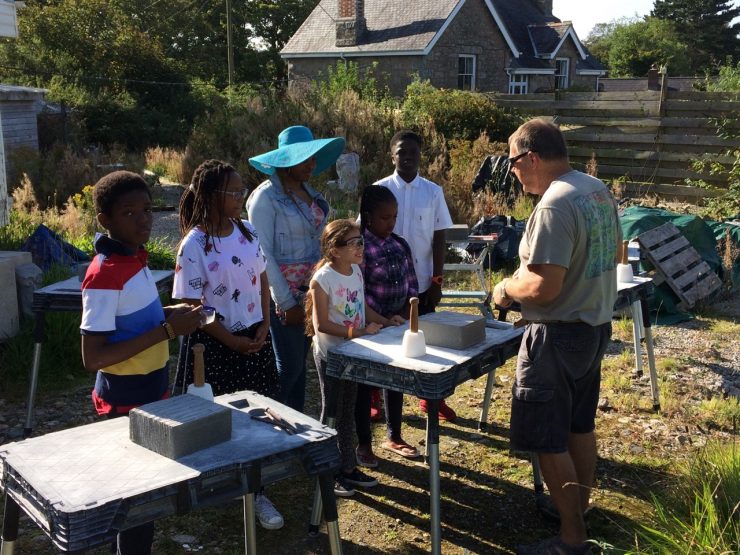 Patrick has worked with Help for Heroes at their headquarters and runs workshops from his business, Wild Art Cornwall. He also worked with some of those affected by the Grenfell Fire when they came to our county last year with Cornwall Hugs Grenfell. “People start to talk when they are using their hands, creating,” he says. “And if they are creating alongside others with shared experiences then it is so much easier to let go for a while and release some of the anxiety.”

“Give us a prayer Boss!”

Patrick became a Christian when he was a Commando, seeing more than his fair share of action and absorbing plenty of his own trauma during his time with the Commando Forces, the Brigade of Gurkhas and as a parachute instructor. “The padres were great, with their two vials of ‘Holy’ water (one being consecrated and the other being whiskey) that they administered fearlessly during battles. But it was a fellow Commando that led me to Christ,” he says. “He was a powerful witness for God and I tried to be the same. It was a heart-stopping moment when, giving my section their last orders before going into the Gulf, one of the lads shouted out ‘Give us a prayer Boss!’”

All of which fully qualifies Patrick to come alongside the team who will be brought together to work on the St Pol de Leon project. Undoubtedly it will honour all those who have sacrificed so much in all the conflicts since World War One, and will stand as a reminder of the peace we continue to enjoy, but also provide the means for reconciliation. It is the hope and prayer of Patrick and the community at St Pol de Leon that the very process of creating the sculpture will help to release and reconcile the team from their own legacy of conflict.

We will continue to follow Patrick and the St Pol de Leon Project as it progresses throughout the year. 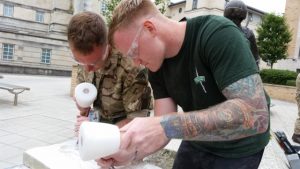 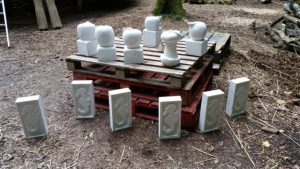 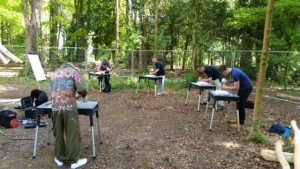 Get involved in Cherishing Churchyards Week

Diocese of Truro @DioTruro
Read the news from your diocese. The latest newsletter is out today. See it here: trurodiocese.org.uk/wp-content/upl…
06:00, Fri
ReplyRetweetFavourite