A former director of social services for Cornwall has been appointed chair of the diocesan safeguarding committee by the Bishop of Truro, the Right Reverend Tim Thornton.

Nigel Druce was head of the former county council’s social services directorate from 1986 until 2003. Under his leadership the county won plaudits for having one of the country’s most effective social services departments. It was one of only a few to receive the top, three-star rating in the government’s social services league tables at the time. 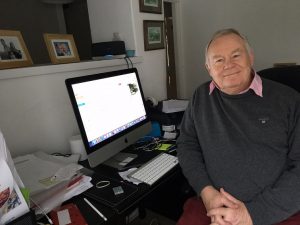 The new chair of the diocesan safeguarding committee, Nigel Druce.

Nigel was awarded an OBE for his work when he retired from Cornwall County Council.

He takes over in the new year from Jane Sloan, who has chaired the safeguarding committee for more than five years.

One of his first jobs will be to rename the committee as the Safeguarding Advisory Panel and to reconstitute its membership in accordance with new guidance that has been issued by the Church of England, called Promoting a Safer Church.

Nigel has agreed to do the job for 30 months – the time he believes he needs to implement the changes recommended in the new guidance, and to allow them time to embed. The diocese is also due for an external audit of its safeguarding practices during 2017, by the Church of England.

He said: “My aim would be to leave the job with people feeling even more than they do now that the church in Cornwall is one of the places they can go to for support and advice if they have concerns of a safeguarding nature.

“When I graduated in 1970, people didn’t really know about or consider issues of protection. Social attitudes have, fortunately, changed a great deal since then. But one of the side-effects of publicising some of the more shocking cases that have come to light in recent years has been that the wider community has become rather scared.

“I believe it’s right that the church and the clergy should be seen to be at the forefront of promoting safeguarding. The model that the church is working on, and has already done an enormous amount to put in place, is one that is designed to prevent abuse happening in the first place, and the church can employ that in all it does.”

Jane Sloan said: “I really welcome Nigel and feel the diocese is very lucky that he agreed to take over. Having worked with him for more than 14 years in the past, I do know how thorough and enthusiastic he is. Coming in the year we are having our external audit, we couldn’t have done better.”

Bishop Tim said: “I am really very grateful to Nigel for taking on this role. He joins us at a time of great change, but I know he has the skills, experience and tenacity to meet the challenges he will undoubtedly encounter along the way.

“Nigel is independent of the church, which is essential as we strive to strengthen our safeguarding procedures in order to become a safer place for all.

“I would also like to publicly express my thanks to Jane Sloan, who has worked so hard alongside our diocesan safeguarding advisor to put incredibly strong foundations in place. Much of Jane’s final year as chair has been spent conducting an internal audit of how we are doing in all our parishes, and I know that she has been pleasantly surprised by many of the findings. Much of this, though, is testament to the work that she herself has put in place over the years.”

After leaving Cornwall Council, Nigel worked for two years as a national advisor on social services for the Improvement and Development Agency, part of the Local Government Association.

He was a founding member of the board of FalCare, helps to run the Abbeyfield sheltered housing property in Mawnan Smith, and is a keen member of Falmouth Rotary Club.

In his spare time Nigel plays golf. He was one of the founders of Mawnan Panto Group, and remains involved in this successful community organisation that both entertains and raises funds for the local community.

He is married to Gill, and the couple have three grown-up children and five grandchildren.

Invitation to hear Archbishop Josiah, Secretary General of the Anglican Communion, in Truro