A sermon about St Piran and the cross – and hopefully not a lack of imagination! 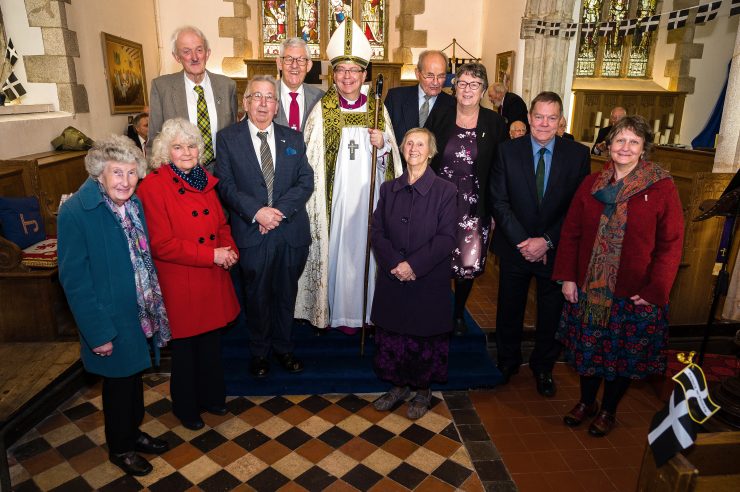 In what some of you might consider a staggering lack of imagination, I thought that this year, at this service during which we award the Cross of St. Piran, I would speak about the cross and St. Piran. In that order. I admit I could be accused of a lack of imagination, but I hope nonetheless that when I’ve finished I’ll have said at least something to get your mental juices flowing – and indeed your spiritual juices too. And I hope too I’ll have said something that is worthy of the cross, and of St. Piran – and indeed of the wonderful people whom we are honouring today.

As we think about the cross, one of the things I think we must never do, is to take it for granted. And yet that is just what we so easily do: take it for granted. Instead we should reflect on the great strangeness of the cross – and the annual discipline of Lent helps us do just that. We are so used to seeing the cross symbolised for us, that we forget just how strange a thing it is. But I think that strangeness, however, is well captured in our two readings.

Isaiah, in words which Christians have always taken as anticipating the cross, says this: He had no beauty or majesty to attract us to him, nothing in his appearance that we should desire him. He was despised and rejected by mankind, a man of suffering, and familiar with pain. Like one from whom people hide their faces he was despised, and we held him in low esteem. Surely he took up our pain, and bore our suffering, yet we considered him punished by God, stricken by him, and afflicted. There is, as Isaiah’s words make clear, something very strange about the cross.

And St. Paul, writing after the events of the cross, says this: Jews demand signs and Greeks look for wisdom, but we preach Christ crucified: a stumbling block to Jews and foolishness to Gentiles.

There is indeed something very strange about the cross: to many it is a stumbling block and foolishness. And why indeed is this symbol of brutal execution so central to the Christian faith? It was the sight of a large crucifix hanging in a church that was instrumental in my own journey towards Christian faith. I remember sitting in the congregation of the university carol service at the end of my first term, looking at it and feeling a great sadness because I knew it was significant in some way, but just didn’t know how. One of my favourite writers, Lesslie Newbigin, puts it like this: How is it possible that the gospel should be credible, that people should come to believe that the power which has the last word in human affairs is represented by a man hanging on a cross? How indeed can that be credible? How indeed can that be possible? Is it not just too strange for words?

To go back to Isaiah, after saying, we considered him punished by God, stricken by him, and afflicted, he goes straight on to say this: But he was pierced for our transgressions, he was crushed for our iniquities; the punishment that brought us peace was on him, and by his wounds we are healed. We all, like sheep, have gone astray, each of us has turned to our own way; and the Lord has laid on him the iniquity of us all.

That is the startling claim of the cross: that on it Jesus bore our sins, and not only ours but those of the whole world, that we might be reconciled to God and find peace with him. And that is mind-boggling, and to some literally incredible; a stumbling block and foolishness. And that is why St. Paul says: Jews demand signs and Greeks look for wisdom, but we preach Christ crucified: a stumbling block to Jews and foolishness to Gentiles, but to those whom God has called, both Jews and Greeks, Christ the power of God and the wisdom of God. 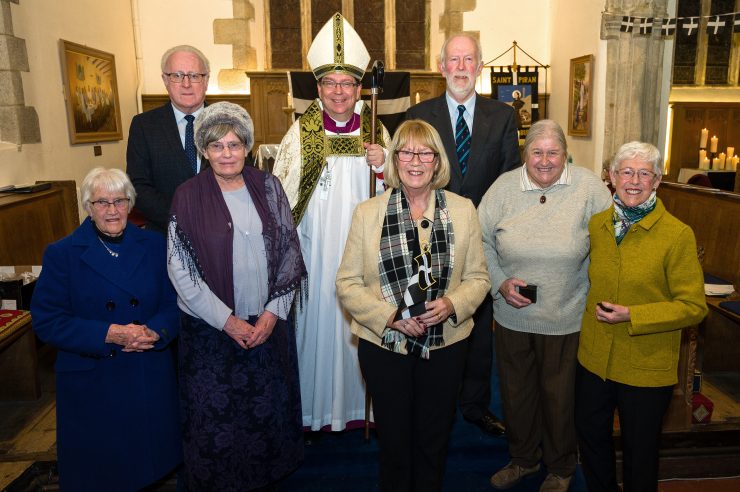 And it is our belief as Christians that the cross of Christ does indeed demonstrate the power of God and the wisdom of God; that Jesus Christ was indeed crushed for our iniquities; and the punishment that brought us peace was on him, and by his wounds we are healed. We may all, like sheep, have gone astray, each of us has turned to our own way; but the Lord has laid on him the iniquity of us all.

That is the heart of the Christian faith, and it is just what we celebrate every week as we take bread and wine as his body and blood and remember that the Lord has laid on him the iniquity of us all and it is by his wounds that we are healed.

And it is precisely that astonishing fact that St. Piran and so many of the Celtic saints came here to Cornwall to proclaim: to proclaim that in the words of Lesslie Newbigin, the power which has the last word in human affairs is represented by a man hanging on a cross.

And how exactly did they proclaim that fact? Well, we know very well actually. Long before our churches, which we rightly love, were built across Cornwall, Piran and Petroc, and so many others, set up the high crosses which are still so abundant here in this land of saints. And it was around these crosses, not in churches, that the early Celtic Christians gathered. And the crosses our Celtic forebears erected were not empty. Instead they unapologetically proclaimed the crucified Christ at the heart of their faith. In the words of one writer, they weren’t meant to be talked about in terms of aesthetics but to symbolise Christ and the Crucifixion. They were put up literally to stop people in their tracks. They were set up to bring people face to face with the one whose punishment has brought us peace. And the representation of Christ on my own pectoral cross, fashioned in good Cornish tin, is taken from one of these very same crosses, and I’m proud and honoured to wear it and to stand, by the grace of God, in that same great tradition.

And those crosses were set up with another specific purpose: they were also set up as waymarkers: sometimes for example to mark the way from church to burial ground. And of course they were designed not just to show the way physically and geographically but spiritually too, proclaiming the one who said himself that he is the way, the truth and the life.

But all of that presents us with a challenge. How today can we follow faithfully in Piran’s footsteps? We can’t very well go around setting up crosses afresh. That’s already been done – and we wouldn’t get planning permission anyway. It was exactly that question which Lesslie Newbigin was struggling with in the quotation I read earlier – and it’s worth reading it in context and noting the conclusion he comes to. This is what he says: I have come to feel that the primary reality of which we have to take account in seeking for a Christian impact on public life is the Christian congregation. How is it possible that the gospel should be credible, that people should come to believe that the power which has the last word in human affairs is represented by a man hanging on a cross?

I am suggesting that the only answer, the only hermeneutic of the gospel [by which he means an explanation and demonstration of the gospel], is a congregation of men and women who believe it and live by it.

And what is true of us collectively is to be true of us individually too – which brings us directly to today, and to the giving of these awards. The people we honour and celebrate today are those who in their own lives of service and dedication have shown forth the transforming power of the cross of Christ; demonstrating in their service, in who they are and in what they have done, the healing, health and life that is theirs and ours in Jesus Christ, and sharing that healing, health and life with others.

And we do right to honour them today. And the best way we can honour them; and the best way we can honour St. Piran and those countless others who have lived here in Cornwall over the centuries in the light of the cross, is to follow their example; to see them as waymarkers; to allow them to point us to Christ, that we in our turn may show many others the way to him. And may we indeed do just that, to the glory of him who is indeed the way, the truth and the life. Amen.