Justine Hosking has been announced as the new Independent Chair of the Diocesan Safeguarding Advisory Panel, taking over from Nigel Druce. 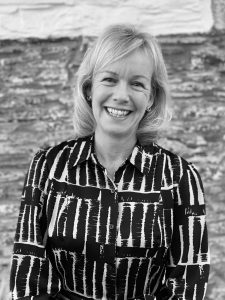 Justine Hosking is a solicitor specialising in social care law. She previously managed the Cornwall Council legal team supporting children and adult services and education and was the chair of the Cornwall Family Justice Board. Her contribution to child protection and safeguarding practice enabled her to be appointed as Crown Counsel on secondment to the Attorney General’s office in the Falkland Islands to advise the government on implementation of new children’s law and practice.

More recently she was appointed as the Principal Local Authority Designated Officer (LADO) for Cornwall and the Isles of Scilly to manage professional allegations and promote a wider understanding and compliance with safeguarding guidance for those who work with children. Her role ends this year in order that she can pursue some independent safeguarding advisory work and you can find her on LinkedIn.

She is married to a Cornish daffodil grower and has raised 2 children, chickens and a few eyebrows as a result of her extended hikes on the Camino trails across the South West and Europe.

Justine is looking forward to starting her role as the independent chair of the Diocesan Safeguarding Advisory Panel in order to support the Church to successfully implement the next stage of its safeguarding strategy across Cornwall and the Isles of Scilly. She believes passionately that ‘safeguarding is everyone’s business’ and hopes to build on the joint work of the multi-disciplinary panel from April.

What Lesley did next: a tale of marshalling car races, a huge pile of novels and rum punch in the sun?