What is a trustee of a multi academy trust? What even is a multi-academy trust? It wasn’t that long ago that schools were run by local education authorities. Governors (most of whom were local) acted as critical friends and local councils got the flack when things went wrong. Local was most definitely the common thread.

That has changed. Guidance for schools comes predominantly from central government. Trustees, who are a blend of old school governors and commercial business directors, govern from a centralised locality and governors are local eyes and ears in the school. And schools are most likely called academies. However, in our Cornish Church of England primary schools, we try to keep it as local as possible.

“Trustees are like the root and trunk of a tree” 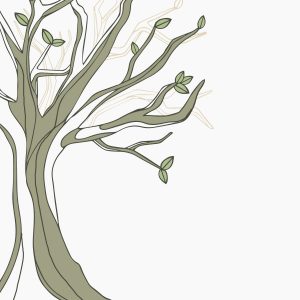 We have two significant multi academy trusts, or MATS: St Barnabas and Celtic Cross Education. Mark Lees, former head teacher and chair of St Barnabas MAT says they currently have six schools but will soon have eight within their MAT. He explained how the governing structure works: “The board of trustees are like the root and trunk of a tree, grounding the schools, with local governors as the branches that stem from the trunk and feed into the schools.”

Local governors are close to the original role of school governors in that they are critical friends of the school and hold the school to account in terms of performance. They are generally from the local school community with a vested interest in the school. They don’t have any strategic input into the running of the school, but they have the close attention of the trustees because of their unique position.

Trustees of the MAT have oversight of all the schools in the MAT. They have to understand and be responsible for how the school is faring. Recognising and championing what is good and challenging what is not. Trustees are also responsible for the financial solvency of the schools and ensuring the resources are used well. Resources come from the Education Standards and Financial Authority.

Being a trustee and a governor is an important role. Both are voluntary but both require investment in terms of heart and head space. Many come to the role after a career in education, and within the St Barnabas MAT this is no different. The time demands of the role generally mean retired people (from education) become trustees, but the MAT would dearly love to recruit people from outside that demographic.

“We would be really interested in people from business or legal backgrounds joining us. We have a rich education-based skill set within our trust but would love to have the input of people with complimentary backgrounds, who bring energy and dynamism. It would be great to have people who are not retired, but the time demands are significant.”

If you are looking to give something back, or even think that being a trustee or governor could help you in your own work, please do get in touch. “Both are very rewarding roles. Helping children to thrive in education, especially now as we come out of this pandemic, is a great motivator.”

Open the Book team tread the boards for first time

Diocese of Truro @DioTruro
The Creation Care team have shared some prayers - you can download the full document from the diocesan website here… twitter.com/i/web/status/1…
About 9 hours ago
ReplyRetweetFavourite