Joyful celebrations of our Remarkable Readers 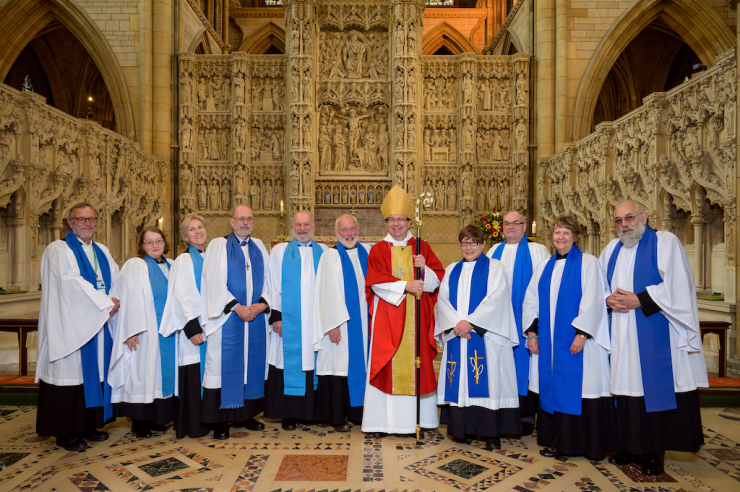 Readers from across the diocese came together last Saturday to celebrate and mark their ministry in Truro Cathedral. As Bishop Philip said, they represented remarkable commitment, remarkable dedication and remarkable service.

It was Bishop Philip’s first licensing service in Truro Diocese and, speaking on Donna Birrell’s show on BBC Radio Cornwall on Sunday, he said: “There were four people at the service who had a combined ministry between them of more than 175 years! One gentleman had been a Reader for 25 years and there were three who had been Readers for 50 years each.”

“There were four people at the service who had a combined ministry between them of more than 175 years!”

Joyful service of wonder at gifts and skills 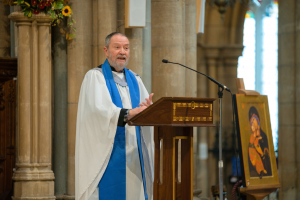 t was a joyful service presided over by Bishop Philip and assisted by Wendy Smith from Crewenna, who felt honoured to fulfil the role. Jim Seth, chaplain to the Readers and a Reader himself, preached on vocation, and how all of us, whether lay or ordained, have a ministry of spreading the word that God loves us. He spoke about Readers licensed in the service, and the wonder of the variety of gifts and skills that each of them brought to their ministry.

It was a service full of Readers. Readers being licensed, welcomed, being given permission to officiate, and Readers taking part in the service. Reader Claire Salzmann from the Camel-Allen Benefice read from Isaiah and Marcus Jones from the North Cornwall Cluster led the intercessions.

It was also a blessing to have people from the community serving and singing in the choir. The servers were from Redruth and Trigg Minor, and the choir was the Bodmin Deanery Choir, under the leadership of Gareth Stubberfield. Together, they did a wonderful job of enhancing and uplifting the worship. 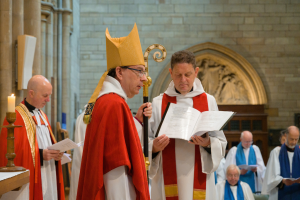 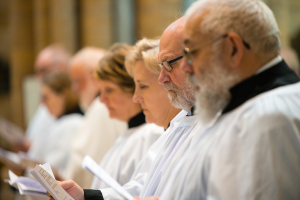 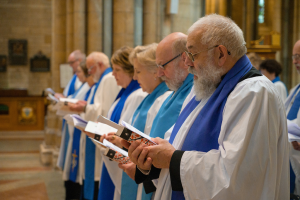 The longevity of years between the Readers was, as Bishop Philip said, remarkable. Age and experience are revered and respected in the diocese and so it was a joy to give permission to officiate to four Readers who had reached 70 years old: Wendy Barrett, Sam Buchanan, Andrew Downey and Garth Wright.

The celebrations also honoured 175 years of collective service from four Readers: Grahame Downes; Derek Botterill, Nigel Cooper and Tim Symonds. Grahame was the newbie at just 25 years, with Derek, Nigel and Tim serving as Readers for 50 years each! 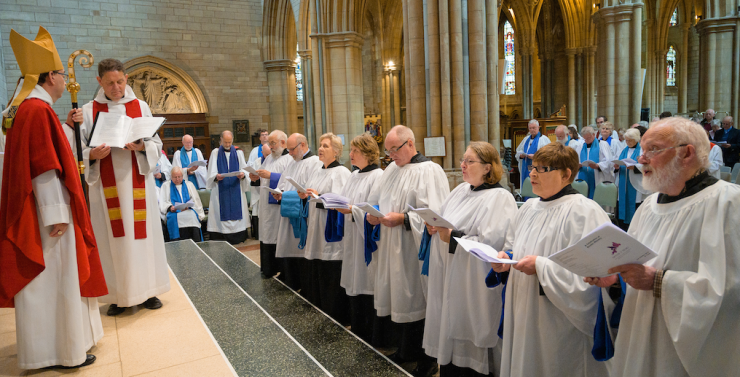 There were eight new Readers admitted, licensed and welcomed from the diocese:
Martin Adams, who will serve in the Benefice of Illogan; Lesley Boyden, Benefice of Trelawney; Kim Dooley, the United Benefice of West Kerrier; Henry Gompertz, Benefice of the North Cornwall Cluster of Churches; Debbie Harris, Parish of St John’s in the Fields, Halsetown; Elizabeth Lane, the Benefice of St Neot and Warleggan; Robin West, the Benefice of Three Rivers and the Parish of Altarnun with Bolventor and James Wonnacott, Parish of Launceston

… And three new Readers from other dioceses 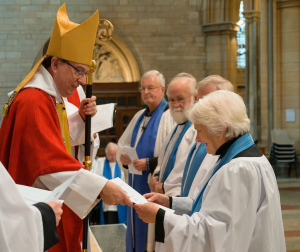 Heralds of the Gospel and ministers of His grace

All Readers were invited to dedicate themselves afresh to God’s service, as heralds of the Gospel and ministers of His grace before they were all welcomed and applauded by everyone there. 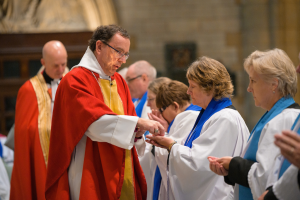 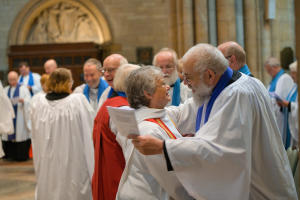 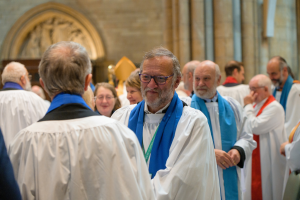 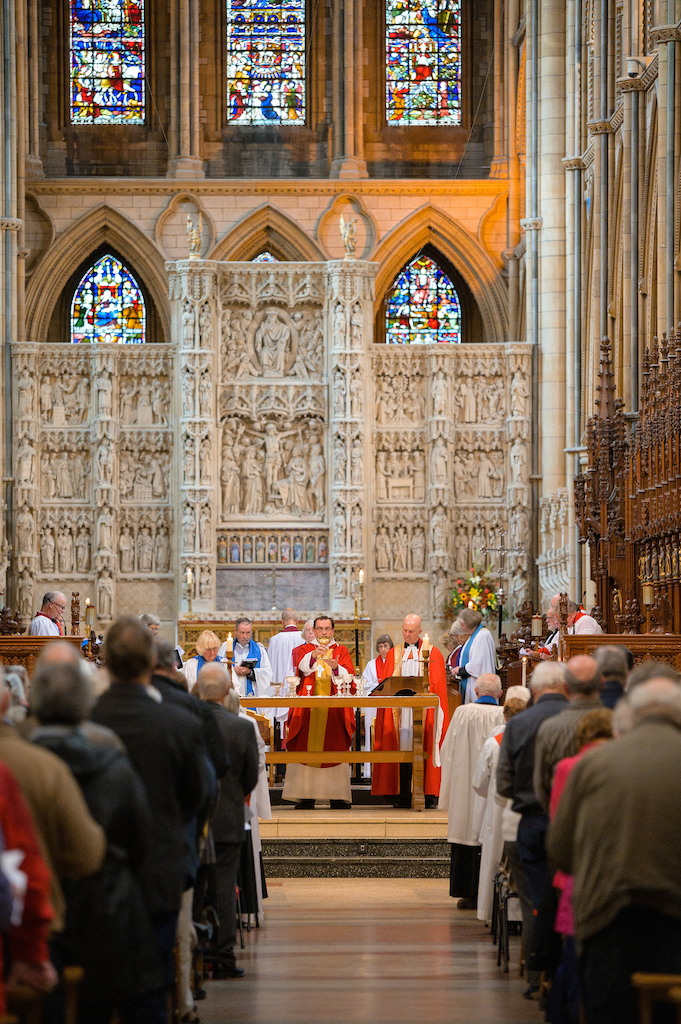 Tegan – a teenager in flight for her faith