The race started from Lemon Quay, and runners went around part of the city and down to Boscawen Park, before heading back to the finishing line on the quay. 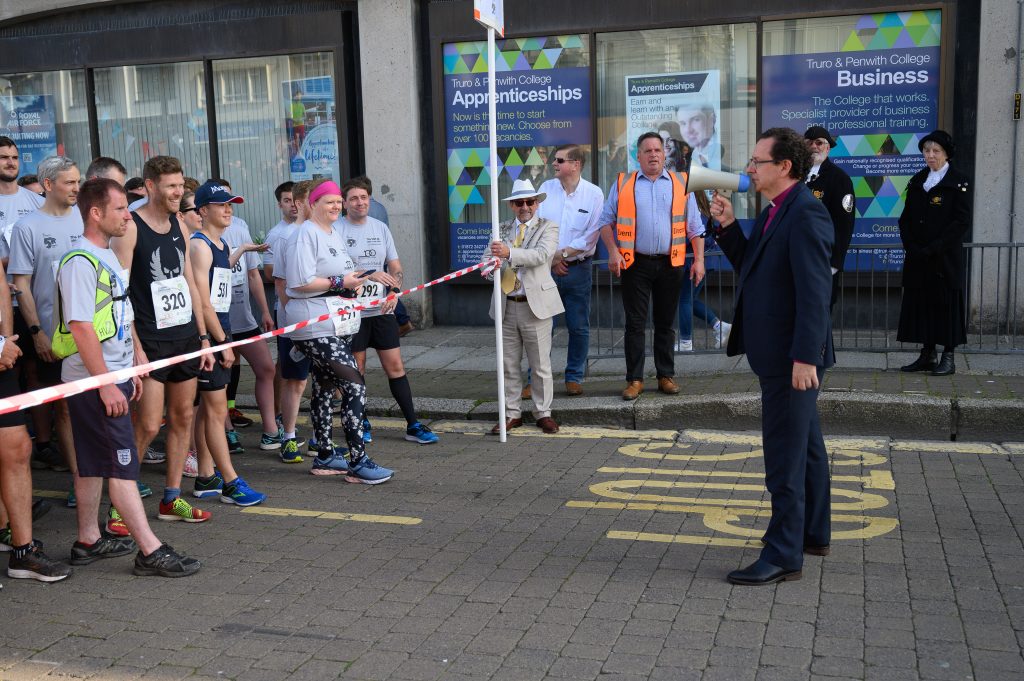 Bishop Philip said: “It was a pleasure to start the race – although I did feel  for the runners as it was such a warm evening.  The race was to raise money for the ROC Welcome Social Club in Truro, and the charity’s Boscawen Farm.

“It looked as thought everybody enjoyed taking part – once they had got their breath back – and there was a lovely, party atmosphere on Lemon Quay.

“And as well as being a wonderful social and sporting event, it was all in the name of a good cause, which I was delighted to support.”

The ROC Welcome Social Club has around 150 members with learning disabilities, and is the biggest club of its kind in Cornwall. The club nights are held at Truro College, but many of its members take part in other, community-based social activities.

The final countdown to ordination begins

Oversight Ministry: What we have learnt