Bishop Philip has backed calls for Cornish clubs and schools to consider ‘going green for Grenfell’.

The local charity, Cornwall Hugs Grenfell, is urging Cornish schools and clubs to plan their own Green For Grenfell Day in the period June 14-28, as part of the national initiative from Grenfell United and the Department for Education. Green For Grenfell Day aims to capture the positive legacy of community spirit, which blossomed in the wake of Grenfell Tower Fire, which killed 72 people on June 14, 2017.

Last year on the first anniversary of the fire, thousands of Cornish children joined schools nationwide by going ‘Green’, in solidarity with survivors and the bereaved. This year, the initiative is gaining momentum. Backers include Eden Project Communities, The Big Get Together and The Woodland Trust, and the focus is on working together to build better communities and reinforcing the idea of helping others locally.

Bishop Philip said: “It is nearly two years since the terrible tragedy that changed so many lives forever. We must recognise that many people are still suffering, from those who lost family members and friends, to people who were injured physically or emotionally by the events of that night, and those who lost their homes. But there has also been an outpouring of love. Even before I became the Bishop of Truro I was moved to see the actions of Cornwall Hugs Grenfell, how so many Cornish folk did what they could to try and help ‘neighbours’ they had never met.

“I was proud to see that the song Grenfell From Today is being included in the national pack being sent out to schools to ask them to consider turning Green For Grenfell. The song is performed by the choristers of Truro Cathedral, and contains a line: ‘Let a stranger turn into a friend.’ This is a profoundly Christian sentiment, and one which has the potential to enrich all of our lives.

“I also hope there are plenty of nominations of unsung heroes from within our communities. In the few short months I have been here I have seen countless heroes at work. From my visits around the diocese to church communities, schools, charities and community groups, I know there are unsung heroes doing wonderful things every day, and I am sure it is encouraging for people to be recognised for their efforts.” 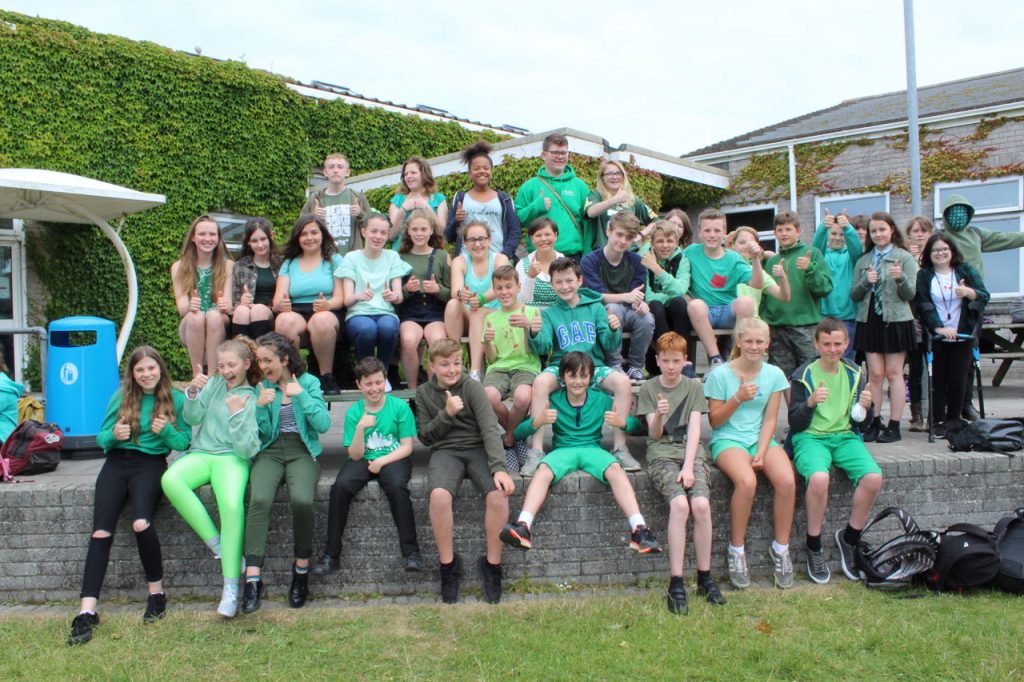 Cornwall Hugs Grenfell founder, Esmé Page, said: “Cornwall has welcomed nearly 400 Grenfell guests for respite. Thousands of businesses, the RNLI and many of our county’s children are involved in our work, so we have a special reason to go Green For Grenfell.

“You can see children everywhere, now, stepping out as a force for change in the world. I hope Cornish pupils will feel a real pride in Cornwall’s compassion and that the DfE schools’ pack will inspire them further to make a difference in their communities. I do hope we see plenty of young ‘unsung heroes’ nominated!”

Schools’ resources will help pupils explore themes of compassion and empathy as well as housing issues and looking at what it is to be a neighbour in the 21st century, and what it means to “be the change you want to see in the word”.

The Schools Schools E-pack including assembly slides, art activities and the link for the nomination of Grenfell Community Heroes as well as communication templates is available here: https://www.grenfellunited.org.uk/greenforgrenfell

Schools can choose from a variety of ways to mark their Green for Grenfell Day, including: green non-uniform days, school/community planting days, green-themed cake sales, green-themed craft day. Schools will be encouraged to give funds raised through these activities. 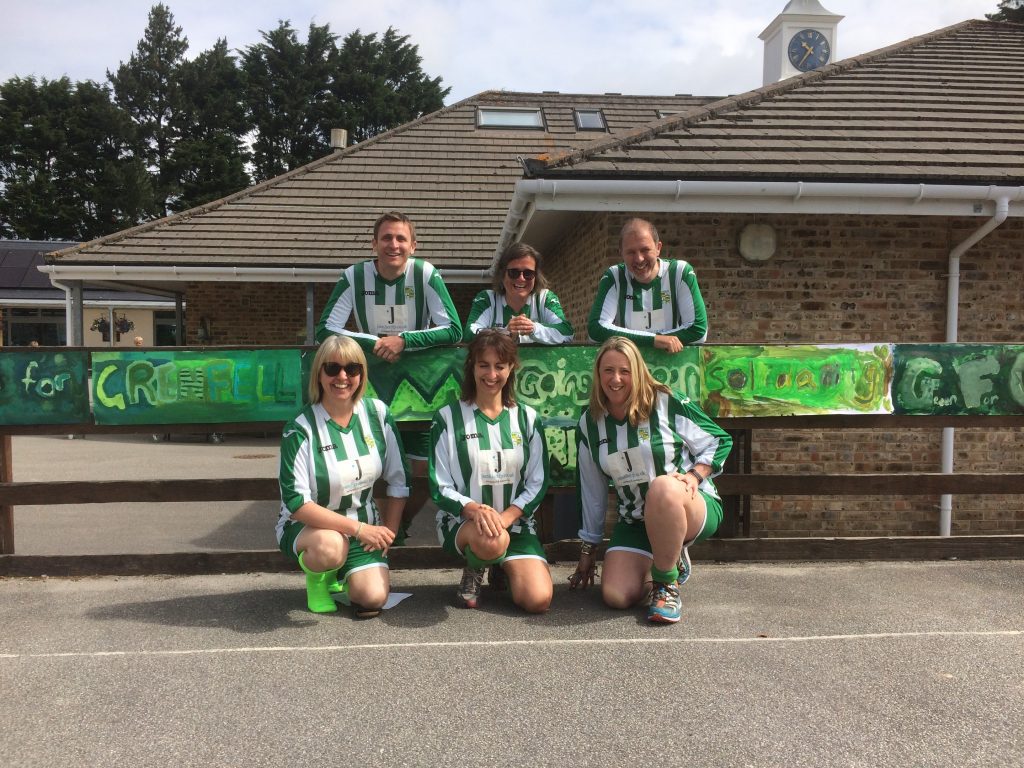 Cornwall’s song of solidarity will be used nationwide

The national schools’ e-pack includes a link to the song video Grenfell From Today, filmed in London and Cornwall with Grenfell survivors and the Penlee Lifeboat.

The song of solidarity was created by Philip Stopford and Andrew Longfield for Cornwall Hugs Grenfell and recorded by the choristers of Truro Cathedral, with free sheet music available via the charity’s website, www.cornwallhugsgrenfell.org.

Choirs all round the world sung the song, amounting to more than 6,000 voices, and it reached the number two spot on iTunes classic songs.

“We’re thrilled the song has been picked up for the national schools pack. It’s so moving and is a perfect way of drawing the children into the themes, especially with its sing-along chorus,’ said Esmé Page.

“As Cayden, a year 6 pupil at Pennoweth School, told me last year: ‘We watched the song video and a group of us just knew we had to do something.’ Cayden then galvanised his whole school to raise over £1,800 in a green sponsored run!’

Schools are asked to share their Green for Grenfell day plans and activities on social media, tagging in @CornwallHugs and using the hashtags #Green4GrenfellDay and #GrenfellCommunityHero.

“From the start, social media has played a huge role in rallying community support for our work,” said Esmé.

“We’re excited to see Cornwall make a real buzz on social media about its Green For Grenfell Days – it’s such a huge encouragement to the survivors and bereaved, when they see people come out in solidarity and celebrate that very special community spirit.”