Leaving fear behind between Grenfell and Cornwall

Children from Grenfell enjoying the water-sports

It’s hard to know where God is when something as terrible as the Grenfell Tower fire ripped through the lives of the residents, neighbours and fire-fighters, leaving a heart-breaking trail of loss and unimaginable sadness. As the news broke and Esmé Page watched along with the rest of us, an idea plopped into her head to find a way to offer hope in a hopeless situation.

“Looking back, I can see how God was preparing me. In the past I’d thought maybe God had told me to do this or that, but I’d never felt the certainty that the thoughts were from Him, until that day. Nevertheless, as clear as it was – they’re going to need hope on the horizon, a place to go, sanctuary – I still sat on it. How would you do that? The task was too enormous. 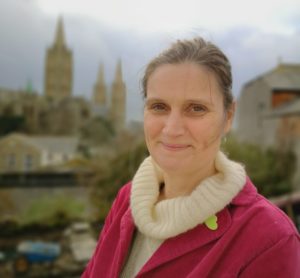 “..They’re going to need hope on the horizon, a place to go, sanctuary – I still sat on it. How would you do that? The task was too enormous.”

With my God I can scale a wall

“A few days later, I was swimming at Porthcurno. It was a heat-wave in June. The sea was that extraordinary turquoise blue, the light amazing, the air clean and all my senses awake to the beauty of Cornwall. As I swam, I felt almost a download from God, like ticker-tape running in front of me, ‘I want them to have this, you don’t need to know how, you just need to make the first step.’ I thought of Psalm 18:29, ‘With my God I can scale a wall,’ but still I sat on it.”

Well, not quite. Instead Esmé prayed with her husband Rob, who asked if this was of God, then put wind in the sails. If not, let all be calm. Then she put a message on Facebook: Imagine if we could put a Cornish holiday on the horizon of every Grenfell resident and firefighter family: a time to rest, a time to let our beautiful county bless these people and work its gentle magic.

The response that came back was a gale force wind! “It was like we were hanging on to the rigging as God took us all on an incredible journey of prayer, provision, power, and partnership.” And so, Cornwall Hugs was created.

“It was like we were hanging on to the rigging as God took us all on an incredible journey of prayer, provision, power, and partnership.”

The people of Cornwall responded in incredible ways, with incredible speed. The verse from Ephesians that talks of ‘immeasurably more’ defined the response. No matter what they needed, people came back with immeasurably more – people of faith and no faith. “Everyone brought their first, and best fruits.” From hundreds of offers of accommodation, an offer to create a website, transport, attraction vouchers, cleaning, filling fridges, driving minibuses, to water-sports and even visits on Lifeboats.”

A song, Grenfell from Today, was created for the charity by Philip Stopford and Andrew Longfield and recorded by Truro Cathedral’s choristers. They were offered a record deal and within just ten days it was available on all major music streaming channels – unprecedented in the music business.

God didn’t just move me, He moved a county and then some.

“God didn’t just move me, He moved a county and then some. Grenfell from Today inspired 6000 people across the world to sign up to sing the same message of love, hope and solidarity for people they’ve never met in a city they may never have visited. In Cornwall, besides the charity’s tiny core team, over 1500 have been involved from businesses, to schools and churches, hosts to volunteers or the ever-busy Whatsapp prayer groups. We’ve all had different roles but we’re all part of that beautiful circle.”

The words from Isaiah 61 were spoken over the project very early on and resonate deeply with Cornwall Hugs. Called ‘The Year of the Lord’s Favour’ it talks of binding up the broken-hearted, comforting all who mourn and bestowing a crown of beauty instead of ashes, the oil of joy instead of mourning and a garment of praise instead of despair. 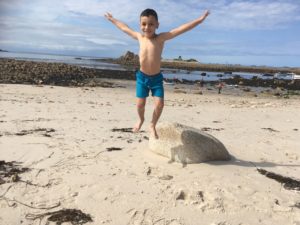 Esmé explained how the Bishop of Kensington spoke of Grenfell as, ‘‘A moment we all lost our fear of each other and reached out in love for our neighbour.” Fear is so inhibiting, stopping us from asking what if it all went well? “It’s hard, and a repeated lesson in trust for me, but letting go of fear has given space for God to work. He’s shown the most tender father-like compassion in providing each guest just the right moment to unlock pent-up grief. Or to reconnect with a child in a moment of unencumbered joy – putting feet in the sand, toes in the water, wobbling on a paddle board or singing in a workshop. Frequently, those magical, unscripted moments have been enabled by a volunteer seeing what’s needed, listening – being there and simply being willing to witness and hold the moment.”

‘‘A moment we all lost our fear of each other and reached out in love for our neighbour,” Bishop of Kensington 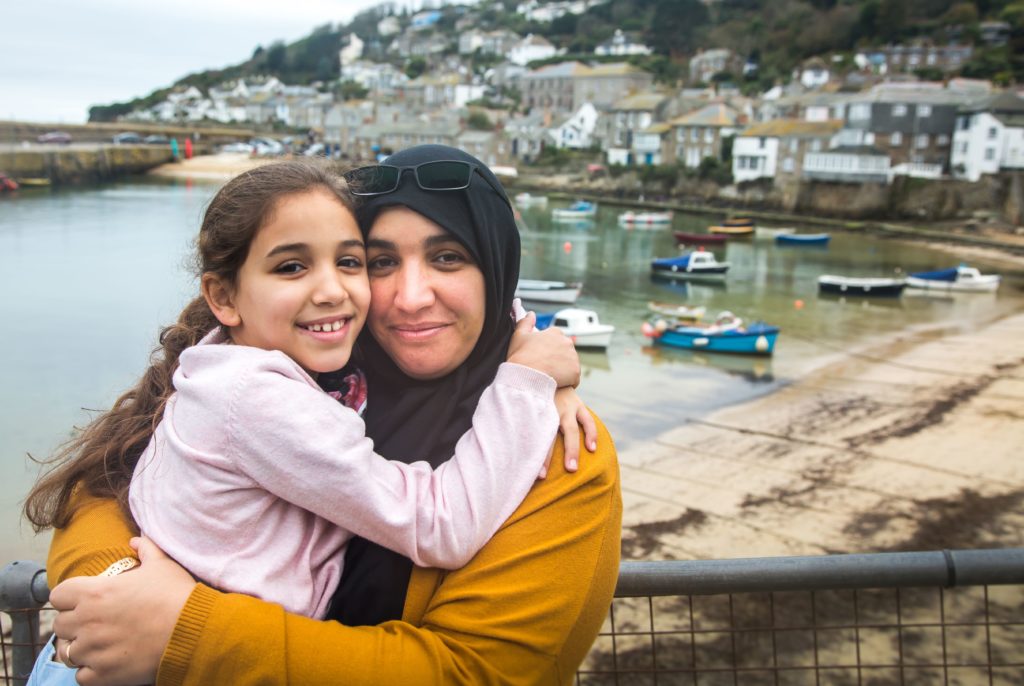 Hanan and Sara, a moment between a mother and daughter in the sanctuary of Cornwall. Pic by Chris Yacoubian

Cornwall has given a sensory antidote to the sensory trauma carried by families of Grenfell. Where there was fire, coughing, choking, fear, loss, anger at not being seen, their experiences here have offered ‘a crown of beauty instead of ashes.’ Fresh clean air, soft sand, sparkling seas, openness, time and the space to be seen and heard. “And that’s because of the people of Cornwall who have given immeasurably,” says Esmé.

There are so many stories of God’s provision. Esmé likens it to a bridge being laid just at the moment a step is needed to be taken. “He certainly has a sense of humour!” she laughs. When she was striving to get enough Aviva votes to qualify for a chance at winning £25k, she took an unexpected call from the Royal Academy of Arts (RA) telling her the charity had been awarded £27k from their summer raffle! “It was like God was saying you’re so busy heaving your nets over one side of the boat, just look to me. I’d never even approached the RA.”

Putting hope on the horizon

The blessings outpoured on the work are countless – from a holiday owner offering 16 units for 45 of the most vulnerable, bereaved guests, to the arrival of Katie, an extra pair of hands, at the point when Esmé was close to buckling. “The amazing thing about Katie was God had sent me a picture of her before she arrived, so when I saw her in the car park, I recognised her.”

Way before any of Cornwall Hugs unfolded, a friend had spoken to Esmé about how God has made us for adventure. “I thought, what does that mean? I’m just trying to do the best I can. But now I know. I still give in daily to my fears, but when I do manage to let go and remember to trust, I feel the wind of His adventure pick up again.”

“I still give in daily to my fears, but when I do manage to let go and remember to trust, I feel the wind of His adventure pick up again.”

“We wanted to put hope on the horizon, but in many ways the families of Grenfell have put hope on ours – hope and confidence that Cornwall can be a united community. We can reach out in love together to bless and be blessed by people, however different our backgrounds or beliefs.” 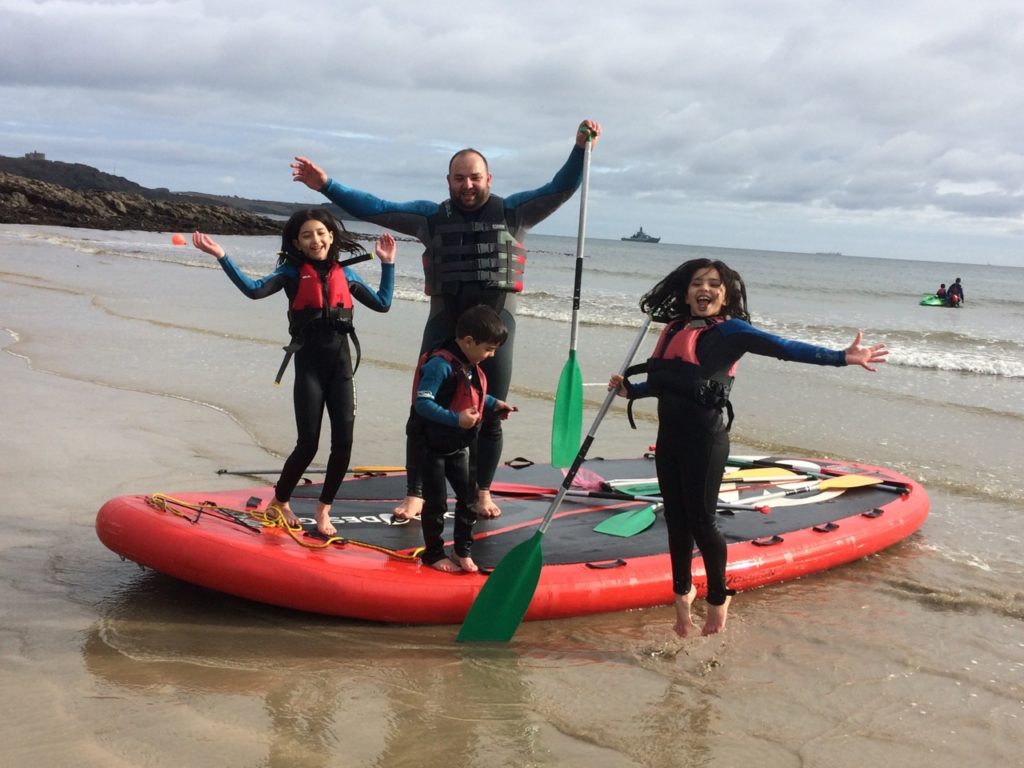 From one mother of four: ‘I just wanted to say thank you and blessings to Cornwall to everybody who put this together – the hearts, the souls, the strength, the courage that went into bringing us down from London, not knowing us, just feeling for us and feeling everything that we felt. I think the world should do more of this. This is what humanity is about and Cornwall is a great example of humanity. Thank you!”

350+ people supported (380+ holidays) – survivors, the bereaved and firefighters. 29% of all survivors have been to Cornwall for respite through the project.

Changes to Gift Aid: an update

Zooming into the first diocesan roadshow

Diocese of Truro @DioTruro
It has been a long and hard year. Don't be afraid to say you are 'not ok'. twitter.com/TheRaDR/status…
16:32, Wed
ReplyRetweetFavourite